Dear America – It’s wakey wakey time. The same psychopaths that have planned for decades to eliminate 90% of the world’s population  through a great “culling” also believe they can carve out pockets of protection for themselves while they commit this mass genocide.

Are the American people (and people all around the world) prepared to allow the “elites” to murder us? Are you willing to take this attempt to destroy life lying down?  Or are you going to take a stand against these criminals and seek to protect yourself and your children?

It looks like it’s time to rise up against this machine.  Actions are being planned for Earth Day.  Stay tuned for more info.

“According to the draft ordinance, the main artery between the Capitol and the White House – Pennsylvania Ave. NW between 1st and 15th Streets will be exempted from “small cells” altogether. This exemption includes the Capitol, the White House and the Trump Hotel. If history serves – the more affluent areas will be able to minimize the deployment in their neighborhood as well.” — Source

Town Manager Tom Bradford said Tuesday that Palm Beach and some other coastal communities have been exempted from legislation that would limit local control on the installation of 5G transmission equipment.

The legislation has passed the House and Senate and is awaiting Gov. Rick Scott’s signature, Bradford said at a meeting of the Underground Utilities Task Force.

“We have been carved out,” Bradford said. “That law does not apply to us.”– Source

Of course, we should not be surprised to learn that, despite Israel being intimately involved with the creation of 5G technologies, the technology has not been rolled out in Israel, and probably never will be. Instead Israel is “eyeing” the technology with their Luciferian, all-seeing eye.

Below is information excerpted from “The Dark Side of Prenatal Ultrasound and the Dangers of Non-Ionizing Radiation.”  Please share far and wide.

According to the 2017 Deagle forecast (allegedly used by the U.S. government),[i] more than two-thirds of the U.S. population will be extinguished by the year 2025.[ii]  The Deagle forecast also predicts “a similar, cataclysmic fate for the United Kingdom, Australia, Germany, Japan, and Denmark, and more U.S. allied nations.”[iii] 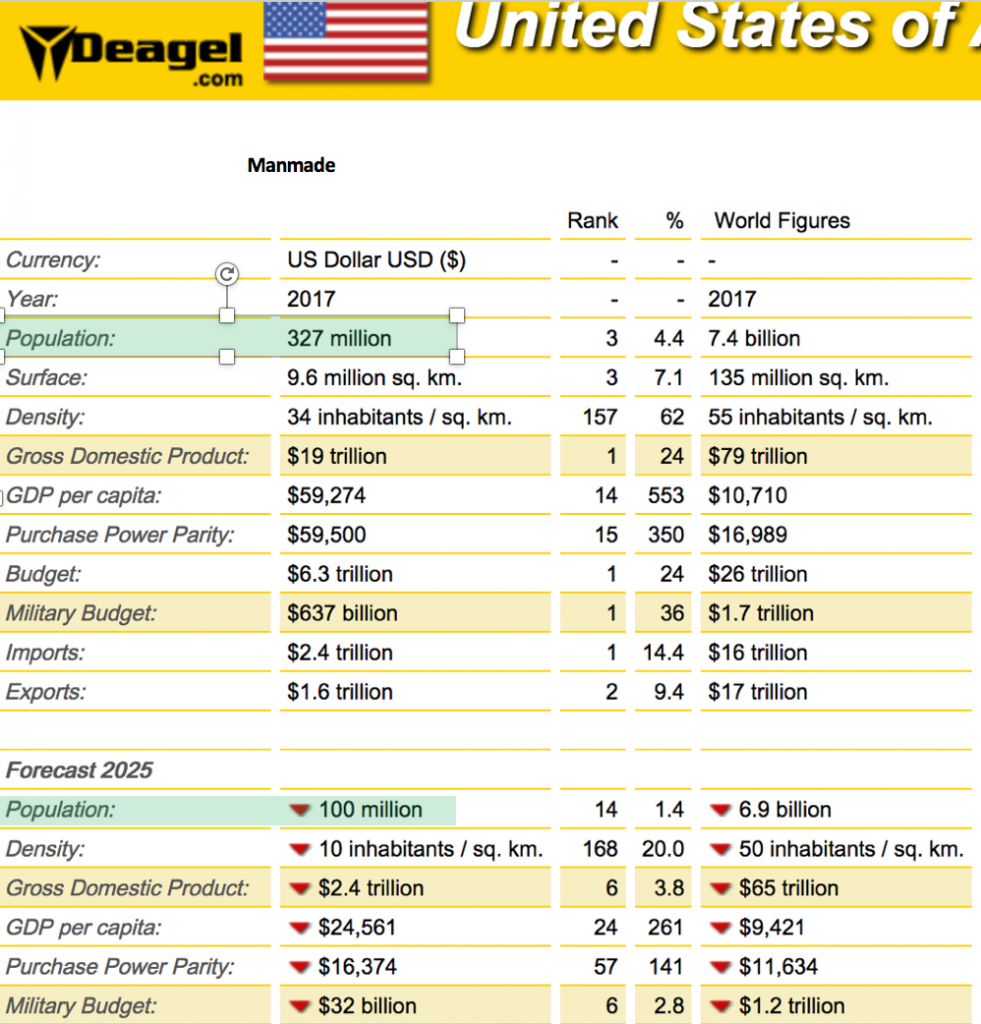 Dr. Rima Laibow has spoken about this genocidal agenda:

“[Years ago], we had a head of state who was our patient… So, one day this very pleasant, chatty lady said ‘you know, it’s almost time for the great culling to begin…’ I said ‘What? What are you talking about?’ She said, ‘You know, the culling of the useless eaters.’ I said, ‘Who are the useless eaters? She said, ‘You know, everyone who is consuming our non-renewable natural resources…

We are the neo-aristocrats. We are the people at the top of the pyramid. Around us will be our servants and around them will be our technicians. And we only need 10% of the population.’”

According to Dr. Laibow, this woman, who was a head of state, was “truly bonkers” and a “nutjob.” But as can be clearly seen, she was nevertheless privy to an agenda that most people are completely unaware of. Remarkably, she felt perfectly comfortable discussing this agenda with Dr. Laibow.

Dr. Laibow goes on to state that:

“The World Health Organization, the United Nations, the United States Government, the Club of Rome, the Illuminati, the Council on Foreign Relations, have all said ‘We have too many people in the world. In order to create a sustainable planet… we have to eliminate 90% of the population…’ Since 1974, the World Health Organization has had a commission to develop and deploy vaccinations to permanently end the fertility of the women who receive the vaccines”