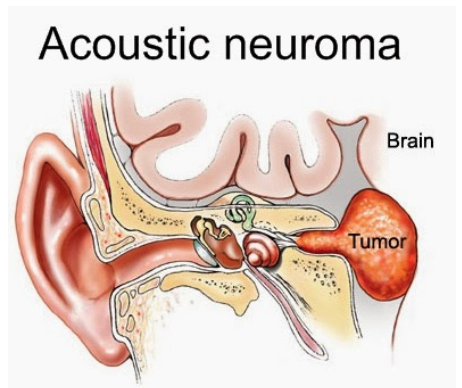 On 30 January, 2019, an Italian Court in the city of Monza, Italy ruled that the Acoustic Neuroma brain tumor of an airport employee was caused by exposure to the radiation from a cell phone he used for over 10 years for his work. The court determined that the tumor has permanently incapacitated him, and ruled it to be an occupational disease. PRESS HERE for the Court’s Decision.

This is the fourth case in which the courts in Italy determined that an Acoustic Neuroma type brain tumor was caused by a cell phone, and the fifth court to make such ruling as in the first case the court decision was appealed and later confirmed by Italy’s Supreme Court. A Summary of the four cases is in the bottom of this article.

The importance of the decision is not only that it’s another Italian Court decision that establishes the link between brain tumors and exposure to Radio-Frequency/Microwave Radiation that is emitted from cell phones, but also by recognizing that if the exposure to electromagnetic radiation (EMR) was necessary for the purposes of work, the Acoustic Neuroma tumor may be considered an Occupational Disease.

Acoustic Neuroma, also known as Vestibular Schwannoma is a tumor which develops on the main nerve leading from the inner ear to the brain. This nerve influences balance and hearing, and pressure from an acoustic neuroma can cause hearing loss, ringing in the ear, and unsteadiness. Occasionally, it can interfere with brain functioning. It is a schwannoma type of cancer which means it develops on the Schwann cells covering the nerve.

It is important to mention that in the National Toxicology Program study of the US Federal government, the tumors that were found to be caused by exposure to cell phones’ radiation are schwannoma type cancers.

From 1994 to 2010, an airport employee was exposed at his work to high levels of Radio-Frequency and Microwave radiation from a variety of antennas and high-frequency equipment: altitude signal repeaters, weather radars, satellite antennas, and airplane equipment.

In addition, for the purpose of the coordination of tasks which were part of his job in the office, he had to use a lot of Electromagnetic frequencies and radiation emitting devices such as mobile phones, two PCs that were always on, and signal repeaters (GSM and DECT).

Several times the employee and his colleagues reported to the employer that the levels of electromagnetic fields (EMFs) and radiation were high and requested that the EMFs and radiation be measured, but they were ignored.

The employee used a Siemens DECT phone, a Nokia and later a Samsung cell phone for more than four hours a day, with phone sessions of up to 45 minutes consecutively and on the left side of his head. In 2010, he was diagnosed with an acoustic neuroma.

In 2011, the employee was declared to be permanently unfit for work and his disability was determined to be 68%. In 2014, he applied to INAIL (the Italian Center for Occupational Diseases) asking that his tumor be recognized as an Occupational Disease. The employee claimed that there is a casual link between his exposure to radiation in his work and the acoustic neuroma cancer he suffered, and hence his disease should be recognized as an occupational disease.

The CTU, a collaboration of experts and technical advisers assigned to evaluate the case, conducted research into the disease and its risk factors. In reducing the criteria for the causal link assessment, the CTU stated that the worker had been exposed to high-frequency EMR for a considerable number of hours per day for over 10 years.

The CTU concluded that the development of the left auditory nerve neuroma is related to his work. They based their determination on the duration of exposure, the type of devices he used, the type of pathology, and the review of the literature. They determined that the evidence is sufficient for a causal link, even in the absence of clear conclusive scientific evidence.

The CTU also refereed to a similar decision by the Court of Brescia, in which several studies between 2005 and 2009 were quoted. In three of the studies that were quoted, the risk of Neuroma had increased considerably, while according to another study the risk was considered to be low but present.

The CTU concluded that the tumor caused a reduction in the employee’s psycho and physical integrity.

The Supreme Court of Italy has affirmed a ruling that granted worker’s compensation to a businessman who developed a tumor after using a cell phone for 12 years. Marcolini, a financial manager at an industrial plant in Brescia in northern Italy, used cell and cordless phones for five-to-six hours a day for 12 years. He was diagnosed as having a benign tumor on the trigeminal nerve, which controls facial muscles and sensations. The court ignored industry funded studies and declared them to be biased and preferred Prof. Lennart Hardel’s expert opinion.

The Court of Ivrea recognized a causal link between inappropriate use of a mobile phone and a brain tumor. Roberto Romeo, 57, used his mobile for three to four hours of each working day for 15 years. He was diagnosed in 2010. His Acoustic Nerve had to be removed.” A medical expert estimated the damage to Romeo at 23 per cent of his bodily function, prompting the judge to make a compensation award of 500 euros per month to be paid by INAIL, a national insurance program covering workplace accidents. Newsweek mistakenly reported this case as the first decision while it was already the second.

The court ordered Inail (National Institute for Accident Insurance at Work) to compensate a salesperson who developed Acoustic Neuroma. A worker used the phone for 2-3 hours a day for 10 years. The experts opinion was that there is a “high probability of connection between cell phone use and malignant tumors”. The Court of Florence recognized the connection between the use of the cell phone and the onset of an acute nerve disease.

PRESS HERE for the article in Italy that reported the decision.

PRESS HERE to read more about Acoustic Neuroma and the connection to exposure to wireless radiation on Dr. Joel Moskowitz’s website – SaferEMR.com