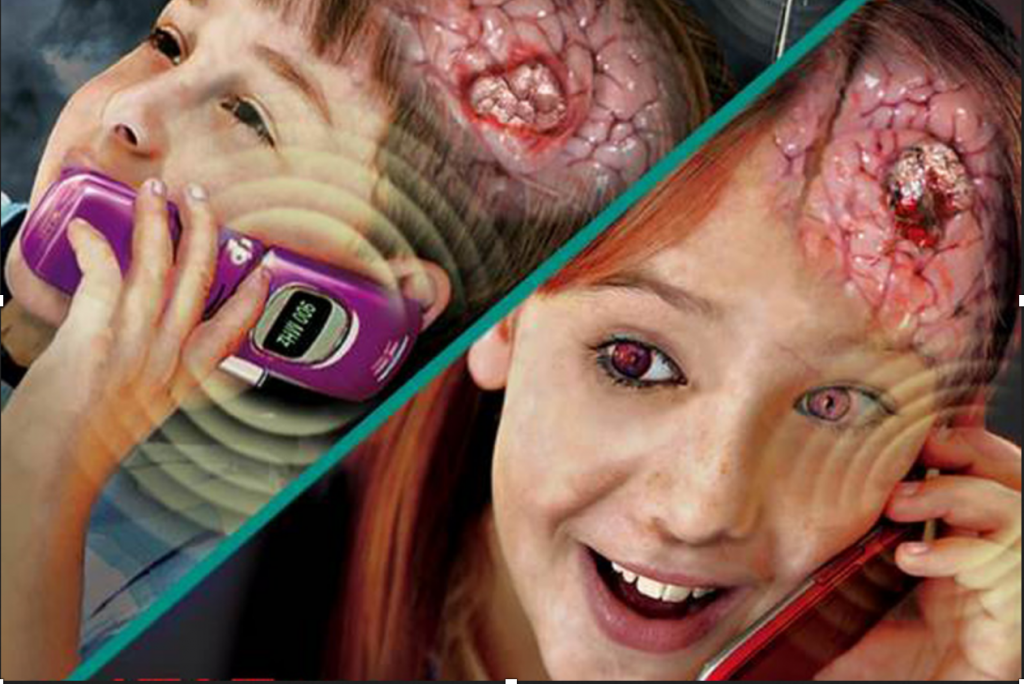 There is evidence that the numbers of people diagnosed with the type of brain tumor linked to cell phone use- glioblastoma multiforme (GBM) is increasing as documented in some US and international cancer registries. Brain, renal, liver and thyroid cancers are rising in US children.

Glioblastomas (the type of brain cancer linked to cell phone radiation) and central nervous system tumors are increasing in young Americans, in precisely the areas of the brain that absorb most of the microwave radiation emitted or received by phones.

On this page we are maintaining a list of the scientific documentation of these cancer increases  as well as the science linking cell phones to brain cancer. (Scroll down for scientific citations).

In addition to research that has found cell phone links to brain tumors, research has also found associations with salivary gland tumors. A 2007 study published in the American Journal of Epidemiology found a relationship between long term cellphone use and tumors of the parotid gland.  A 2017 United States analysis found the incidence of salivary gland tumors are rising- especially small parotid tumors. A 2016 study published in the Journal of Oral Pathology & Medicine found cell phone use results in inflammatory changes in the saliva produced by the parotid glands, paralleling 2013 and 2015 studies that found saliva changes associated with people who were heavier cell phone users. A 2017 meta analysis of studies on parotid gland tumors found an association between mobile phone use and parotid gland tumor risk.  While more documentation is needed, the current research evidence is leading to the hypothesis that the use of mobile phones may cause oxidative stress, modify salivary function and this could impact salivary gland tumor development.

Importantly, cell phone related brain tumor  increases cannot be expected to show up in the general population, especially not where the incidence of all brain cancers are considered or where researchers look at brain cancer “overall.” For example, a  2016 study from Australia which looked at brain cancer rates overall  made headline news alleging that cell phones do not cause brain cancer. In response, several cancer researchers called such conclusions inaccurate and “misleading.” Read Prof. Dariusz Leszczynski’s response to the Chapman study where he concludes that “the conclusion of the Australian study..is completely false because it is not supported by the evidence.”

Brain cancers are slow-growing and can take decades to develop after toxic exposure. Rates of lung cancer did not increase in the general population until more than three decades after American men had begun to smoke heavily. Therefore research using case-control designs that study small groups of highly exposed persons are more appropriate for identifying cancer risks tied with cell phone use. Swedish physician-researcher Lennart Hardell’s case control studies  found that persons who began using cell phones as teenagers have a four- to five-fold greater risk of brain tumors.

Read Dr. Davis, Dr. Miller, and Lloyd Morgan’s response in Oxford University Press: Why there can be no increase in all brain cancers tied with cell phone use where they state, “The link between the carcinogenic effects of tobacco and cancer did not come about from studying population trends, but by special study of high-risk groups using case-control designs of selected cases and comparing their histories with those of persons who were otherwise similar but did not smoke, and cohort studies of groups with identified smoking histories followed for up to 40 years…The fact that population-based trends in Australia do not yet show an increase in brain cancer does not mean it will not be detectable in the future—perhaps soon.”

A 2017 update from the the BioInitiative Working Group 2017 “Use of Wireless Phones and Evidence for Increased Risk of Brain Tumors” (Hardell and Calberg 2017) shows the evidence has strengthened for brain cancers related to wireless phone use.  The 2017 analysis details the scientific results of case-control studies published between 2010 and 2017 on cancers of the brain and concludes that, “By now carcinogenicity has been shown in human epidemiological studies replicated in animal studies. Laboratory studies on RF radiation have shown increased ROS production that can cause DNA strand breaks. In 2013, we published the conclusion that RF radiation should be regarded as a human carcinogen Group 1 according to IARC definition, based on scientific evidence (Hardell and Carlberg, 2013) further supported in our up-dated article (Carlberg and Hardell, 2017) Clearly also based on the IARC preamble to the monographs, RF radiation should be classified as Group 1: The agent is carcinogenic to humans…”

“We found a sustained and highly significant increase in GBM throughout the 21 years and across all ages,” said Alasdair Philips, the lead author of the study, which has just been released online by the peer-reviewed, open access, Journal of Environmental and Public Health.

“The incidence rate of GBM, the most aggressive and quickly fatal brain tumor, is rising dramatically in England while the rates for lower grade tumors have decreased, masking this dramatic trend in the overall data,” Philips told Microwave News from his home in Beeswing in southern Scotland, not far from the English border. Read the Microwave News article here.

Hardell, Lennart, and Michael Carlberg. “Mobile phones, cordless phones and rates of brain tumors in different age groups in the Swedish National Inpatient Register and the Swedish Cancer Register during 1998-2015.” PloS ONE 12.10 (2017): e0185461.

Hardell, L., M. Carlberg and Mild K. Hansson. “Use of mobile phones and cordless phones is associated with increased risk for glioma and acoustic neuroma.” Pathophysiology 20.2 (2013): 85-110.

Carlberg, Micheal and Lennart Hardell. “Evaluation of Mobile Phone and Cordless Phone Use and Glioma Risk Using the Bradford Hill Viewpoints from 1965 on Association or Causation.” BioMed Research International 2017.9218486 (2017).

Grell, Kathrine, et al. “The Intracranial Distribution of Gliomas in Relation to Exposure From Mobile Phones: Analyses From the INTERPHONE Study.” American Journal of Epidemiology 184.11 (2016): 818-28.

Hardell, L., et al. “Pooled analysis of two case-control studies on the use of cellular and cordless telephones and the risk of benign brain tumours diagnosed during 1997-2003.” International Journal of Oncology (2006): 509-18.

Salivary Tumors and the Parotid Gland

Bortkiewicz, A., E. Gadzicka and W. Szymczak.“Mobile phone use and risk for intracranial tumors and salivary gland tumors – A meta-analysis.”International Journal of Occupational Medicine and Environmental Health, vol. 30, no. 1, 2017, pp. 27-43.