The information below comes from a website called www.wi-cancer.info.  It is an amazing resource regarding the dangers of wifi and other radiation-emitting technologies.

FULL CREDIT FOR WHAT APPEARS ON THIS PAGE GOES TO AMY WORTHINGTON AT WWW.WI-CANCER.INFO

The World Is So Beautiful! 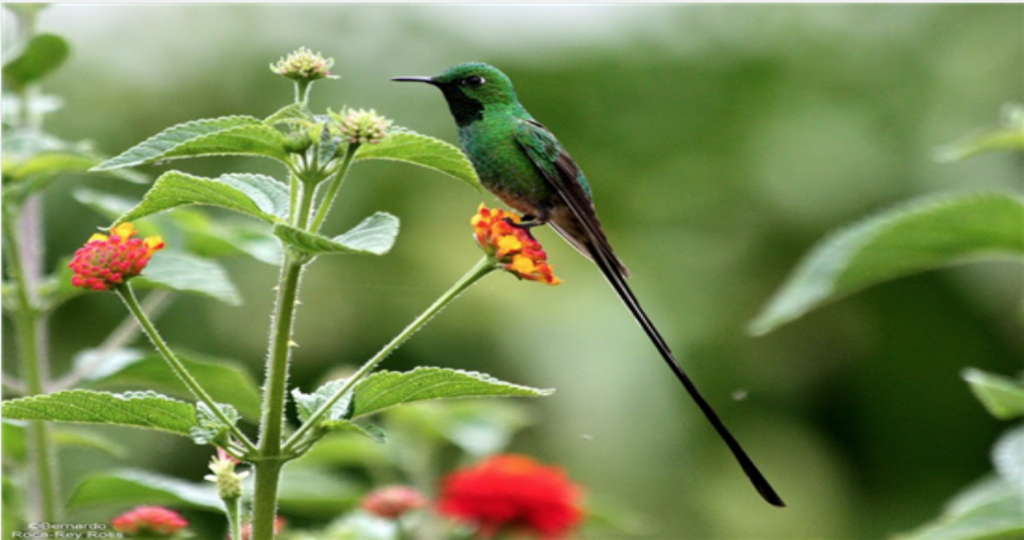 Why Give It All Up for Wi-Cancer? 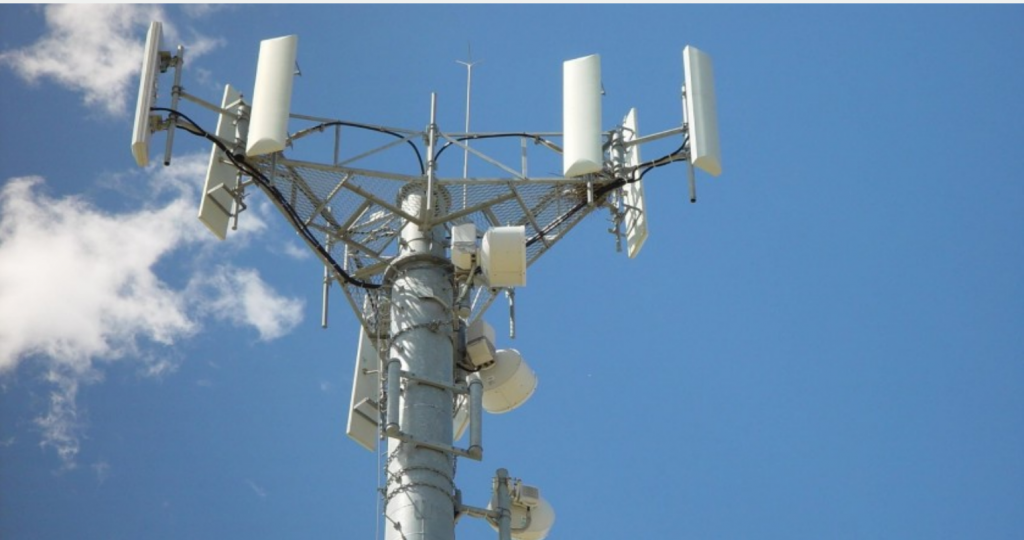 Wi-tech continually exposes everyone in the USA to a confirmed human carcinogen, on par with asbestos, tobacco poisoning and radioactive fallout.

Wireless technologies –and the millions of environmental microwave antennas that support them– produce the VOLTAGE OF CANCER.

This high-frequency electromagnetic pollution, delivered with the intensity of a pneumatic drill, pollutes the air everywhere and it deeply invades human bodies.

The VOLTAGE OF CANCER is especially pernicious because it is not perceptible to normal human senses and few people know how to detect and quantify it.

The VOLTAGE OF CANCER is a consumer product that produces $billions in annual profits.

Americans are programmed to love and crave the VOLTAGE OF CANCER. [1]

Those who love the VOLTAGE OF CANCER will suffer degradation of: brain and cardiovascular function, eyesight, hearing, and immunity.

They will also forfeit the genetic integrity of their offspring.

The VOLTAGE OF CANCER is a potent teratogen and mutagen for egg, sperm, fetus.

We are seeing the results in millions of damaged children across the nation.

Wireless VOLTAGE of CANCER is a huge environmental risk factor.
It is synergistic with toxic environmental chemicals that heighten the risk. [6]

Wi-voltage has turned the USA into a cancer factory.

And it’s growing worse by the day!

Among top scientists calling for the IARC upgrade is Dr. Anthony B. Miller, professor Emeritus at the University of Toronto and long time advisor to the World Health Organization. Dr. Miller was senior epidemiologist for IARC when radiofrequency radiation was designated as Class 2B carcinogenic. [9] He confirms that current scientific data now requires a Group 1A upgrade for wireless radiation FROM ANY SOURCE: mobile phones and tablets, cell tower antennas, Wi-Fi antennas, Bluetooth antennas, wireless sensors, smart utility meters, broadband satellites/balloons and millimeter wave antennas. Dr. Miller joined over 180 other scientists and doctors across the globe who affixed their signatures to an urgent appeal written for the European Union and the United Nations. This document flatly states that the radiofrequency portion of the electromagnetic spectrum “is carcinogenic to humans.” [10]

The record shows that in the 1990s, the Wireless Radiation Industry was told by its own scientists that cell phones could cause cancer and genetic damage. [11] Enriched by billions in radiation profits, the industry is desperate to conceal this fact from consumers who buy the VOLTAGE OF CANCER. The Wi-lobby’s game is to lie and deny; its obscene slogan is “no credible evidence of harm.” For many decades the tobacco industry played that genocidal game too. But in 1998, Big Tobacco was stunned with the Master Settlement Agreement which stipulated that the largest tobacco companies pay a minimum of $206 billion to those eligible for health damage compensation. Today, the slightest acknowledgement of RF/microwave health harm would trigger insurmountable liability because wireless wave carcinogen has been delivered to everyone in the USA for over three decades. Neither the federal government nor the Wireless Radiation Industry want to trigger another master settlement of such magnitude.

Likely none of us will see the day when the US government and its agencies confess that they have knowingly induced the masses to communicate and recreate with a digital version of asbestos, Agent Orange, nuclear fallout. The wireless lobby will certainly never confess its crimes, just as the tobacco industry to this day denies proof of harm from its poisonous products. Therefore, it’s every person for himself when it comes to education on the most insidious and abundant carcinogen of the Microwave Age.

For the last several decades, Americans have been heavily brainwashed and incentivized, by both the US government and its partner in crime, the Wireless Radiation Industry, to “cut the cord” and go wireless. Both entities are engorged with $billions in wireless profits. In order to keep the loot rolling in, the masses are continually imprinted with emotive pictures of attractive young people flashing the “carcinogen grin.” 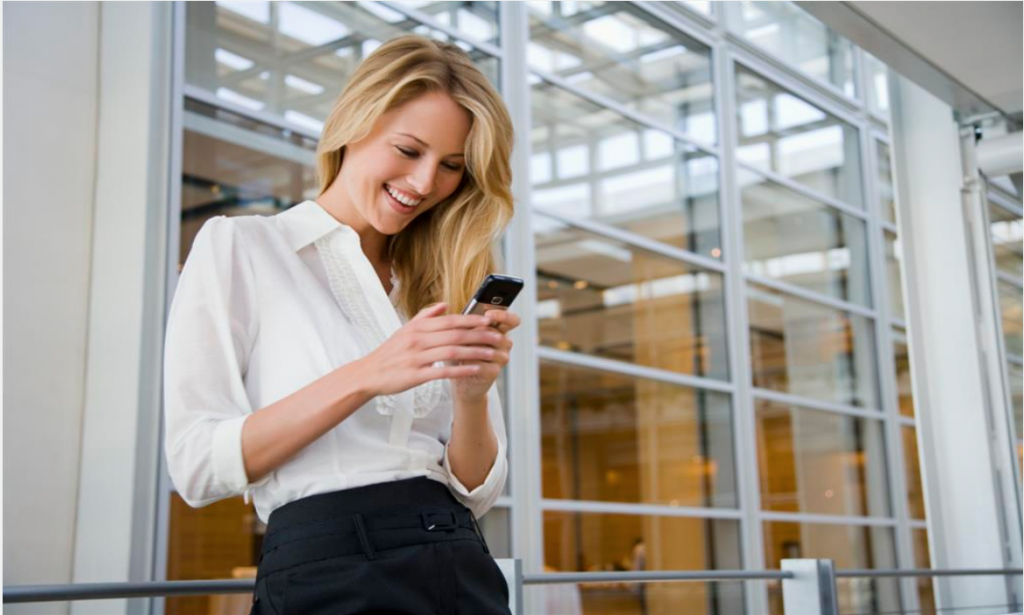 The above ad from the US Postal Service bears the usual message: when you infect yourself with wireless microwave radiation for each and every commercial and social transaction, life is sheer joy. Cultural propaganda like this has been used for eons to herd the sheep and “establish the norm.” MRI scans show that the brain releases more reward dopamine whenever a person falls into line with the group consensus. [14]

For the iGeneration, people born after 1996, the “grin with carcinogen” message is well-ingrained. American wireless consumers use five times more voice and twice as much data as their counterparts in Europe. [15] The majority of Americans carry and use personal Wi-devices for hours each day because they have not received adequate health warnings from appropriate agencies. Award-winning Australian neurosurgeon Dr. Vini Khurana says: “There is currently enough evidence and technology available to warrant Industry and Government alike in taking immediate steps to reduce exposure of consumers to mobile phone-related electromagnetic radiation and to make consumers clearly aware of potential dangers and how to use this technology sensibly and safely….It is anticipated that this danger has far broader public health ramifications than asbestos and smoking, and directly concerns all of us, particularly the younger generation, including very young children.” [16]

Ignoring the latest science, the most driven Wi-fans reportedly click, tap or swipe their wireless devices 5,427 times a day, moderate users 2,617 times per day, while the average person engages in 76 phone sessions per day. [17] Each one of these wireless transactions slams carcinogenic microwave currents into the hand, the brain, the gut and reproductive organs of a wireless screen slave. And each one of these transactions contributes to the gross illness of people forced to live, work and travel within range of carcinogenic cell tower and rooftop antennas that keep personal wireless devices operational.

In February 2017, the BioInitiative Working Group, composed of medical and scientific experts from many nations, reported that National Toxicology Program (NTP) studies, conducted under auspices of the US Department of Health and Human Services, have put an end to the wireless cancer debate:

“The relationship between radiofrequency radiation and cancer is clearly established….Testing on rats is standard for predicting human cancers….The NTP results confirm that cell phone radiation exposure levels within currently allowable safety limits are the ‘likely cause’ of brain and heart cancer in these animals….The animal study confirms prior findings in epidemiological studies of an increased risk for glioma and acoustic neuroma among people that use wireless phones, both cell phones and cordless phones (DECT)….The NTP has filled the gap….It is sufficient to reclassify cell phone radiation as a known cancer-causing agent and confirms the inadequacy of existing public safety limits.” [18]

The NTP cancer research provides extremely powerful evidence says Robert Morris, M.D., Ph.D., senior medical advisor for the Environmental Health Trust: “For more than two decades, many have dismissed cancer risks from cell phones because conventional understanding of the effects of microwaves would suggest there is no mechanism for this to occur. That argument is officially dead.” [19] 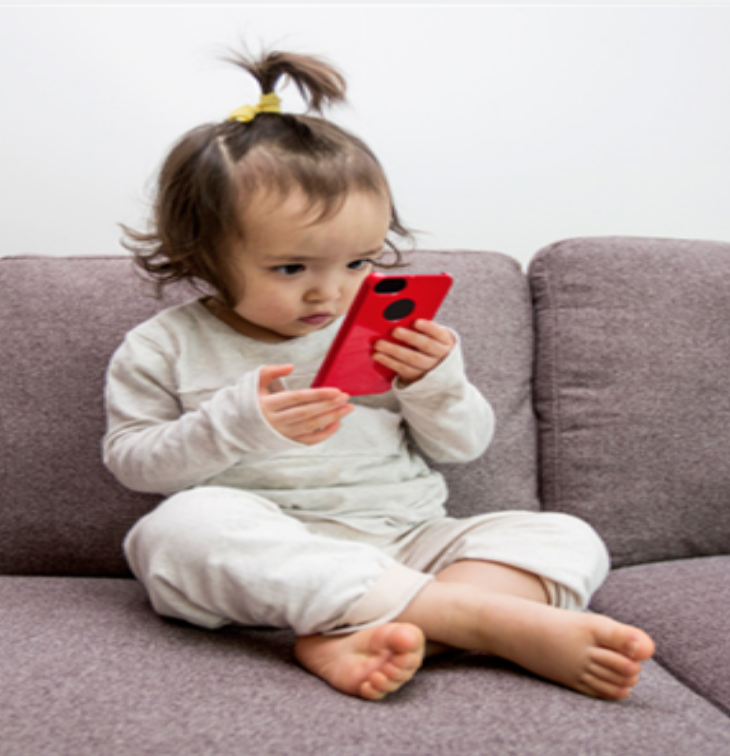 Therefore, placing a wireless phone or tablet in the hands of an infant or a child equals child endangerment and child abuse, defined by federal law as an act on the part of a parent or caretaker which presents risk of serious physical harm.

Like ionizing radiation, wireless antenna frequencies are delivered as photons (energy packets), having both particle and wave behavior. Microwave frequencies carry electrical voltage and magnetic fields that mechanically oscillate the polarity of living cells millions to billions of cycles per second.

This creates astronomical agitation for human cells, considering that WITHIN EACH of these billions of wave cycles per second, ions, protons and electrons are flipped back and forth between a positive and negative charge!

Because wireless radiation is pulse-modulated to produce voice and data signals, it is loaded with extremely low frequencies (ELF), plus kilohertz frequencies, riding along on the microwave carrier waves. This complex energy causes significant vibration that atoms, molecules and tissues cannot long withstand. Cells break down from the jack-hammering effect, which causes displacement of calcium. Leaky cells become functionally deficient. Oxidative stress, inflammation and damaged DNA are guaranteed. Premature aging and chronic disease set in. Because cancer begins with damaged DNA, any wireless voltage that causes strand breaks in the DNA is the VOLTAGE OF CANCER.

Wave radiation which covertly makes humans sick (or dead) can be defined as a directed energy weapon deployed by an occupation army. And a perfect weapon it is–tasteless, odorless and silent as it fires relentlessly and indiscriminately upon the entire population. Spectrum analyzers confirm that RF/microwave radiation from tower and rooftop antennas freely flows through construction materials to infuse inhabited buildings with the VOLTAGE OF CANCER. This invasive energy is relentless and perpetual, giving irradiated populations no time to rest or recover from huge biological damage. 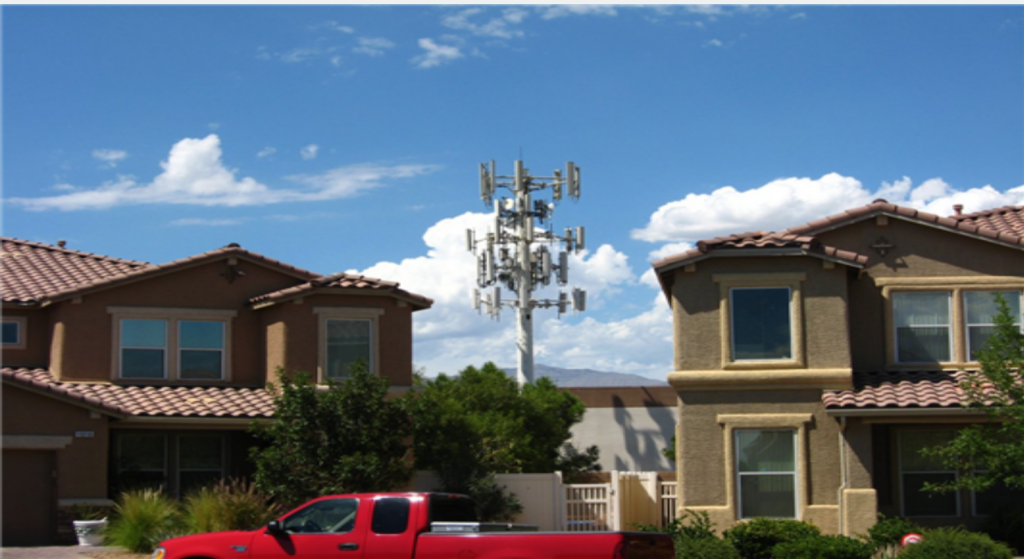 Ever since the Microwave Age was unleashed in the mid-1980s, wireless antenna installations have been planted everywhere to accommodate the “need for speed.” These macro installations have been increasing as fast as the national debt. AntennaSearch.com provides a partial list of large commercial antenna installations which deliver their toxic payloads across the nation. In July 2014, the site reported 547,549 antenna towers and 1,706,048 outdoor antennas in the United States. Only a year later, in July 2015, the count was: 577,707 antenna towers and 1,769,691 outdoor antennas. By December 2017 tally was 663,151 towers and 1,918,340 outdoor antennas. [26] Upcoming 5G small cells are slated to add millions of additional in-your-face antennas very quickly.

Numerous epidemiological studies reveal that people living and working within 1600 feet of RF/microwave antennas eventually suffer serious health problems. A 2010 medical report published in the International Journal of Occupational and Environmental Health says this: “Human populations are increasingly exposed to microwave/radiofrequency (RF) emissions from wireless communication technology, including mobile phones and their base stations. By searching PubMed…we found that eight of the ten studies reported increased prevalence of adverse neurobehavioral symptoms or cancer in populations living at distances less than 500 meters from base stations….None of the studies reported exposures above accepted international guidelines, suggesting that current guidelines may be inadequate in protecting the health of human populations….At exposure levels far below international guidance levels there are clear and consistent signs of adverse health effects in the general population….” [27]

Unfortunately, everyone in the nation now lives, works and/or travels within 500 meters of Wi-antennas. In 1996, the Wi-radiation industry bought itself a federal law which prohibits US citizens from objecting, on the basis of environmental and health concerns, to the siting of RF/microwave antennas on or near inhabited buildings. [28]

For more important information on this topic, please visit www.wi-cancer.info