Check this out! Under two minutes.

Excerpted from my forthcoming book The Dark Side of Prenatal Ultrasound. 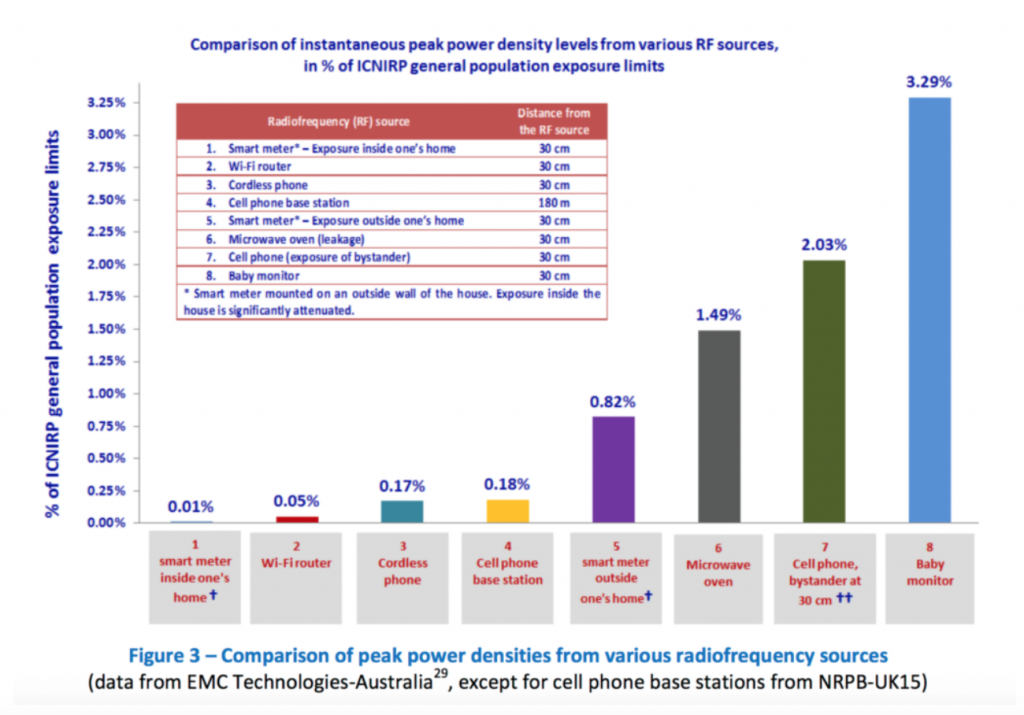 We and our children are in great danger at this time. Our homes, schools, workplaces, automobiles, and more are now swimming in a field of noxious radiation-emitting devices. These devices include cell phones, smart meters, laptops, wifi routers, televisions, cordless phones, baby monitors, microwave ovens, GPS devices, and much more. Ultrasound and all other radiation‑emitting medical devices are part of this toxic grid. All of these technologies have the potential to alter our neurology, change our thoughts and behavior, and ultimately lead us to our demise.

It is beyond the scope of this book to go into detail about the weaponized nature of this radiation-emitting grid. However, a short quote from Nikola Tesla provides insight into its true purpose.

“Alpha waves in the human brain are between 6 and 8 hertz… All biological systems operate in the same frequency range. The human brain’s alpha waves function in this range and the electrical resonance of the earth is between 6 and 8 hertz. Thus, our entire biological system – the brain and the earth itself – work on the same frequencies. If we can control that resonate system electronically, we can directly control the entire mental system of humankind.” [emphasis added]

What is imperative for us to understand now is that, despite the lies we have been fed by the medical-military-radiation complex, at every level and at all times, exposure to manmade radiation is harming us. Manmade radiation has very serious deleterious effects on all life forms and if we allow the current situation to continue, it has the potential to destroy entire genetic bloodlines and the ability of Earth’s children to procreate and/or produce healthy children of their own.

Although every one of these devices has been presented to the public as if it were somehow beneficial, many researchers have suggested that this networked arsenal of radiation-emitting technology is nothing short of a maniacal, genocidal, control system with the capability of inflicting serious harm. Now, with the advent of 5G and frequencies as high as 90 billion hertz, the level of assault is being ramped up to an extreme degree.

To get a sense of how these technologies can be used against us, below is the abstract from U.S. Patent No. 6506148 B2 that pertains to the manipulation of the human nervous system through the currents being emitted by our televisions. It reads as follows:

“Physiological effects have been observed in a human subject in response to stimulation of the skin with weak electromagnetic fields that are pulsed with certain frequencies near ½ Hz or 2.4 Hz, such as to excite a sensory resonance. Many computer monitors and TV tubes, when displaying pulsed images, emit pulsed electromagnetic fields of sufficient amplitudes to cause such excitation. It is therefore possible to manipulate the nervous system of a subject by pulsing images displayed on a nearby computer monitor or TV set. For the latter, the image pulsing may be imbedded in the program material, or it may be overlaid by modulating a video stream, either as an RF signal or as a video signal. The image displayed on a computer monitor may be pulsed effectively by a simple computer program. For certain monitors, pulsed electromagnetic fields capable of exciting sensory resonances in nearby subjects may be generated even as the displayed images are pulsed with subliminal intensity.”

As one researcher noted:

“Science has spent tens, if not hundreds of billions of dollars specifically studying one area of mans physicality, the Mind. What do you think they have learned over the many decades?

Science has developed deep occulted technology to interrupt and alter our brain frequencies for decades as well using HAARP, GWEN towers, cell phones (rolled out in 2003 as well) and now Ipads, etc…

The average person watches 4 hours of TV per day, children 6 hours and more with Ipads.  The screens emit radio frequency to rearrange our thought processing signals.

Now, Google Chrome and Apple Ipads are being installed in all schools as the new “Internet of Things” turns us all into controlled “things” through technology and every single child in public schools will be inculcated with these mind control technologies.”

Hence, every technological device that is part of this grid (including everyday household items like televisions, baby monitors, microwave ovens, and cell phones) has the potential to not only access and short circuit the electrical system of the body, but also become an instrument for the modification of human thought and behavior. These devices can also be used to torture innocents with potentially lethal effects.

“[M]icrowaves could be used for… causing pain or death when the brain is targeted due to the thermal effect of microwaves. Electromagnetic waves may be used to disrupt an enemy soldier’s nervous system, to cause epileptic seizures, or to warm their body fluids as though they were inside a microwave oven.”

Furthermore, some of these devices (such as baby monitors and computers) can be easily hacked, making it simple for those who enjoy terrorizing or manipulating the minds of young children to gain access to them.

‘Video monitors are intended to give parents peace of mind when they are away from their children but the reality is quite terrifying — if they aren’t secure, they can provide easy access for predators to watch and even speak to our children’…

Menin said there have been “numerous” reports in New York and elsewhere of baby-monitoring devices being infiltrated by bad guys. In some cases, frightened parents said they discovered strangers talking to their babies in the middle of the night through hacked monitors.”

“In 2013, ABC News reported a story involving a Houston family, the Gilberts, who had their baby monitor hacked. According to dad Marc Gilbert, he was in the kitchen when he heard a man harassing his deaf two-year-old daughter and shouting obscenities at her through the toddler’s baby monitor. Upon entering the room, the hacker attacker turned his attention to him and his wife and peppered them with a barrage of nasty comments. The Gilbert’s are far from alone, as more and more families from across the nation and around the world are reporting similar incidents.”

“A family living in Washington is speaking out about the horrors they experienced while operating a baby monitor inside their 3-year-old son’s bedroom. The couple Jay and Sarah were alarmed to discover that a stranger had hacked into their baby monitor and was spying on their toddler, sometimes speaking disturbing messages into the device…

[T]he boy had previously told his parents that he was scared at night because he could hear someone talking to him over the phone. Jay and Sarah were confused as to what he meant until the hair-raising moment Sarah walked into her son’s room to hear a voice say, ‘wake up little boy, daddy’s looking for you’… Jay heard the voice from the monitor continue to speak, saying, ‘look someone’s coming or someone’s coming into view,’ as Sarah walked into the room.

And so we see that children are not only in danger from the radiation-emitting frequencies of baby monitors, but also from predators (and possibly pedophiles) who have easy access to spy on them and communicate with them through baby monitors.

It is also important to note that wireless baby monitors often utilize a frequency of 2.4 GHz, which is the very same frequency used in microwave ovens that can cause heart problems and rapid aging syndrome. So what do we imagine might be happening to infants and very young children who are exposed to baby monitors that are emitting this frequency?

“Babies are being put at risk of cancer by hi‑tech cot monitors which emit deadly radiation, it is claimed.

Parents will be horrified to learn that slow-pulsing microwaves blasted out by modern digital equipment may cause leukaemia, say scientists.

Boss Alasdair Philips said: ‘We don’t recommend they are used. Do not put a wireless transmitter in your child’s bedroom and irradiate them unnecessarily.”

“[A] wireless baby monitor at less than 1 meter away from the baby’s crib was roughly equivalent to the microwave radiation experienced from a cell phone tower only 150 meters away.”

Naturally, all of this exposure to radiation is having a deleterious impact on children and, in the case of baby monitors, the exposure is chronic and therefore more dangerous.

“Children’s exposure to elevated levels of electromagnetic radiation can result in incomplete or problematic development of the brain and is possibly associated with the significant and continuous increase in the percentage of children who have hyperactivity, attention deficit, pervasive developmental disorder or autistic spectrum disorders… aggression, psychological problems etc…

• inhibit the formation of abnormal electromagnetic activity of the brain…

• cause the creation of many random and useless neural connections, which explains the usually larger skull of autistic children…