Dear friends – I am excited to share that Robert F. Kennedy, Jr. and the Children’s Defense Fund have decided to publish an article about the dangers of prenatal ultrasound. Happily, they have linked to both my book and an article that I wrote on this topic. They have used a few quotes of mine as well, but did not give me proper credit, which is a shame. Nevertheless, I think the fact that they published this information about ultrasound is big news. Hopefully the information will spread now about the dangers of ultrasound  — which is just one more radiation-emitting technology that causes serious harm.

Please, if you have not yet purchased my book, consider doing so now. The information in the book is so important and I am trying to clear out my at-home inventory before mid-September. All my books and DVDs are on sale right now. Check out the sale here and thanks for your continued support. 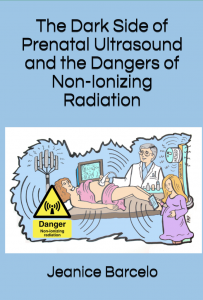 PS – I have been blessed by a friend who has translated the ultrasound book into Spanish. I am now looking for someone who is bilingual that can proofread the Spanish text to confirm that it matches the English text. If you know of anyone that might be able to help, please do let me know. Thanks.

Author note: Again, this is a quote directly from my article yet they did not give me credit.