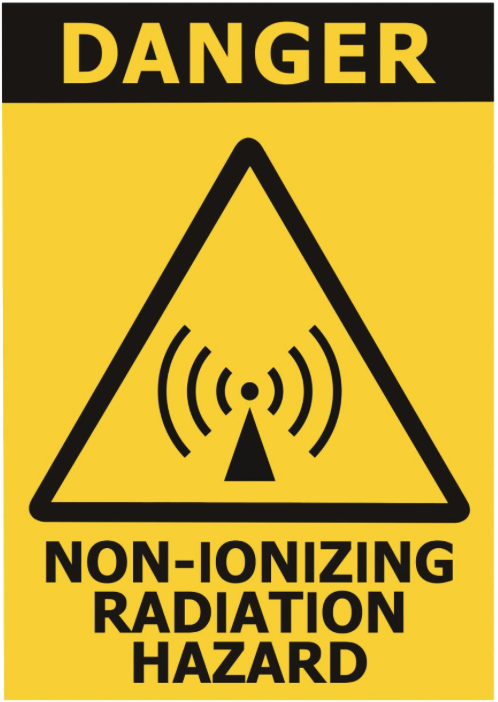 This is extraordinarily complex to evaluate when all living beings are technically electromagnetic, and every thought and emotion is a measurable frequency as well. Moreover, even in the absence of external electric fields, there is a presence of tiny electrical currents in living beings due to the numerous chemical reactions that occur as part of the healthy living bodily functions. According to a WHO report, the heart is electrically active and nerves relay signals by transmitting electrical impulses. Furthermore, since all human body systems are regulated by EMF signals, it is essential to evaluate not only how the biologically active human-made electric and magnetic fields impact humans, but also how it impacts all living beings at the cellular level.

To date, the most critical criterion used to understand whether any particular radiofrequency radiation (RFR) is dangerous has been the category of ionizing or non-ionizing radiation. But, is this still useful and valid today, as we begin to evaluate the extremely low frequency of electromagnetic radiation on living beings?

Disclosure: I am the CEO of Risk Group LLC.

Risk Group discusses “Electromagnetic fields and Health Risks” with Former Dean and Emeritus Professor (Dr) Nicolaos Alexopoulos from University of California, Irvine; a member of the New York Academy of Sciences, an ISI Highly Cited Author in Computer Science with more than 270 professional journal and conference papers, a Fellow of the Institute of Electrical and Electronics Engineers (IEEE), recipient of the IEEE Schelkunoff Best Journal Publication Award, and currently at Broadcom Foundation based in the United States.

It seems that all types of human-made EMFs and electromagnetic radiation (EMR), in contrast to natural EMFs/EMR, are polarized. Polarized EMFs/EMR can have increased biological activity, possibly due to their ability to generate constructive interference forces, which magnify their concentrations at many places. This in turn also power all charged/polar molecules — especially free ions within and around all living cells — to move back and forth on parallel planes in phase with the concerned polarized field. According to Panagopoulos et al. (2015) in Nature, “such ionic forced-oscillations exert additive electrostatic forces on the sensors of cell membrane electro-sensitive ion channels, resulting in their irregular gating and consequent disruption of the cell’s electrochemical balance. Consequently, these features render human-made EMFs/EMR more bioactive than natural non-ionizing EMFs/EMR”. As a result, there is a growing concern that the biologically active human-made electric and magnetic fields (EMFs) may be at the root of some mounting health concerns for humans. That brings us to some questions:

●     Does polarization explain the ever-increasing number of biological effects discovered and documented during the past few decades generated by human-made EMFs?

●     Is polarization the trigger that extensively increases the probability of the initiation of biological/health effects of living beings?

●     How does polarization affect human health?

According to a research study done by Prof. James E. Trosko at Michigan State University, “electromagnetic fields, similar to those found in overhead power lines, can have a biological effect on human cells, an effect that could contribute to the complex cellular process that leads to cancer.” That brings us to an important question: do we sufficiently understand how the biologically active electric and magnetic fields impact living beings at cellular levels?

Over the years, there have been many studies to understand the role of extremely low-frequency EMF exposures from conventional power sources and home appliances. According to a National Institute of Environmental Health Sciences report, “while some of these studies showed a possible link between EMF field strength and an increased risk for childhood leukemia, their findings indicated that such an association was weak.”

Now, in a rapidly transforming digital age, with wireless routers, Wi-Fi and Bluetooth, 5G, the internet of things, radio and TV signals, mobile phones, and more, the applications and sources of EMF are proliferating. As a result, fears are amplifying about possible connections between EMF and adverse health effects on humans, other living beings, and the environment. Based on the thousands of published reports, there are growing concerns about radiofrequency radiation that can (i) damage the DNA of any biological species and lead to cancer; (ii) cause oxidative damage that can cause premature aging; (ii) disrupt cell metabolism; and (iv) potentially lead to other diseases through the generation of stress proteins.