First off, let’s begin this discussion by taking a look at some of the photos from the California fires commonly referred to as “wild fires,” “forest fires,” “camp fires,” etc. by the lamestream media. Not all of the photos below are from the latest Paradise, CA fire (although most of them are), but all the photos are, to my knowledge, from recent fires that took place in California.

As you can clearly see, the CA fires seem to have completely vaporized homes while leaving trees and other vegetation unharmed.  Forest fires and wild fires do not behave this way.  Something is very wrong. 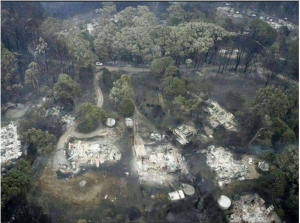 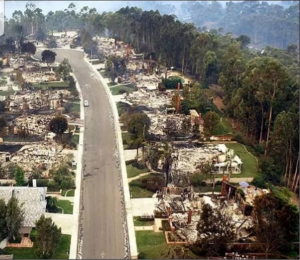 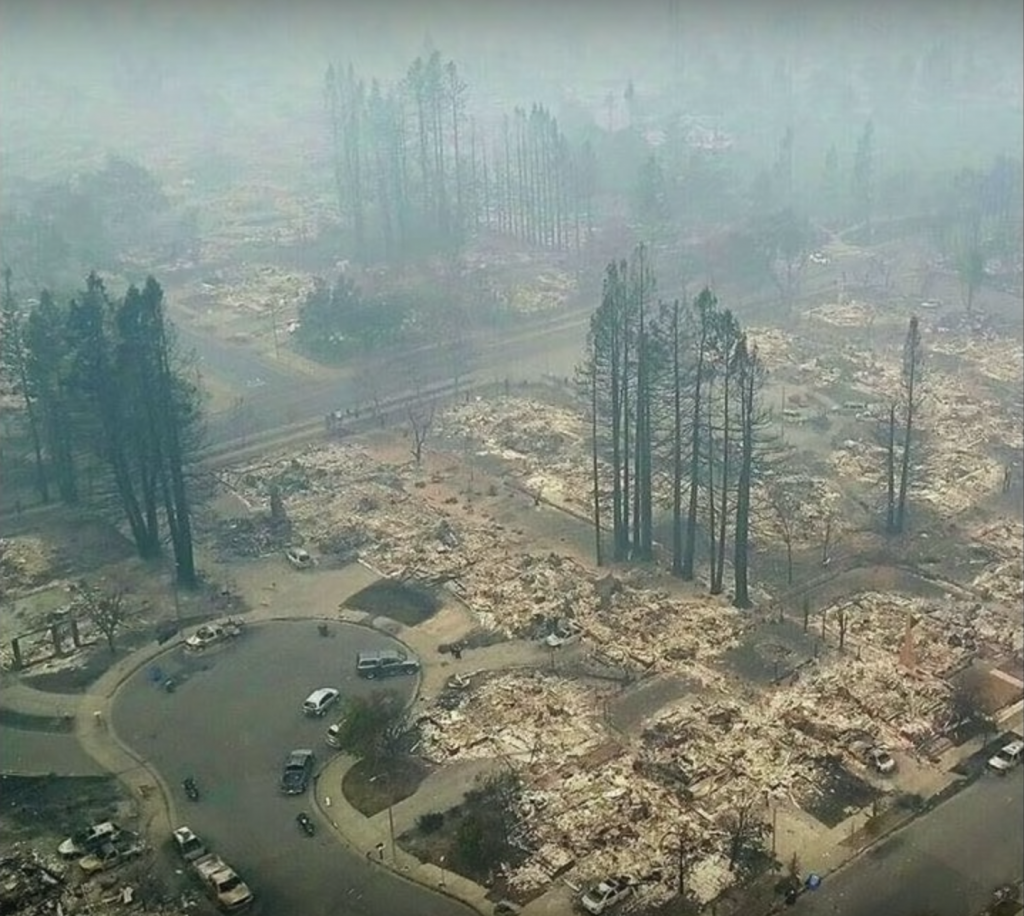 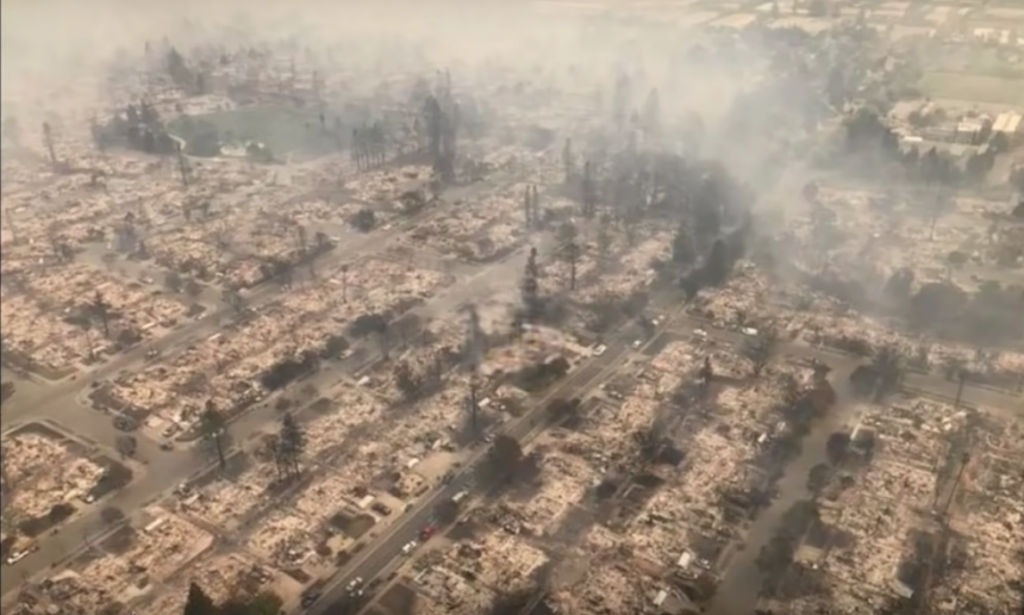 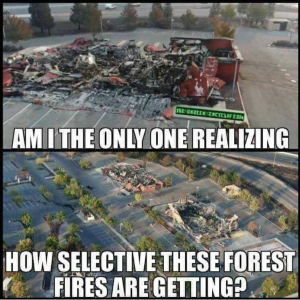 Some people are suggesting that PGE started at least some of the fires.

The CPUC is specifically looking into whether inadequate maintenance of PG&E’s power infrastructure started the deadly fires. PG&E has been ordered by the CPUC to preserve all electrical equipment related to the string of fires and provide internal communications regarding the electrical issues and fires since Sunday, October 8th. The president of the CPUC has stated the agency will focus on PG&E’s maintenance history. “PG&E must inform all employees and contractors that they must preserve all electronic (including emails) and non-electronic documents related to potential causes of the fires, vegetation, maintenance and/or tree-trimming,” Elizaveta Malashenko, director of the CPUC’s safety and enforcement division, sent a letter to PG&E ordering it to “preserve all evidence” regarding the fires. We have to wonder how these bozos in the lametream media can still refer to this fire as a “camp fire” when it is clear it was electrically caused!

At least one person has shown that an explosion occurred just before the fire broke out?  Did this explosion create a chain event that activated smart meters to blow up designated houses?

In the video below, the following statement is made by CBS News:

“But we do know that electric company PG&E experienced a problem with an electrical transmission line near the site of the fire minutes before it broke out.” – CBS News

State officials are investigating a second point where Pacific Gas and Electric Co. equipment failed as the conflagration now known as the Camp Fire broke out Nov. 8, the utility said in a regulatory filing.

What stood out most to Tosdal about the filing was its lack of detail.

But Tosdal, who is also involved in the litigation over the 2017 North Bay wildfires, said he is confident of PG&E’s connection to the Camp Fire’s cause.

“I have very little doubt that this is a utility power line fire case,” he said. “The evidence is extremely strong so far.”

Much of the closely watched legal battle will likely center around whether PG&E has done enough to manage vegetation around its equipment in such a way to prevent wildfires from sparking, said Mark Farley, a Houston attorney at Katten Muchin Rosenman who is not involved in the litigation.

So what do you think happened?

LEAVE A MESSAGE IN THE COMMENTS TO LET US KNOW.