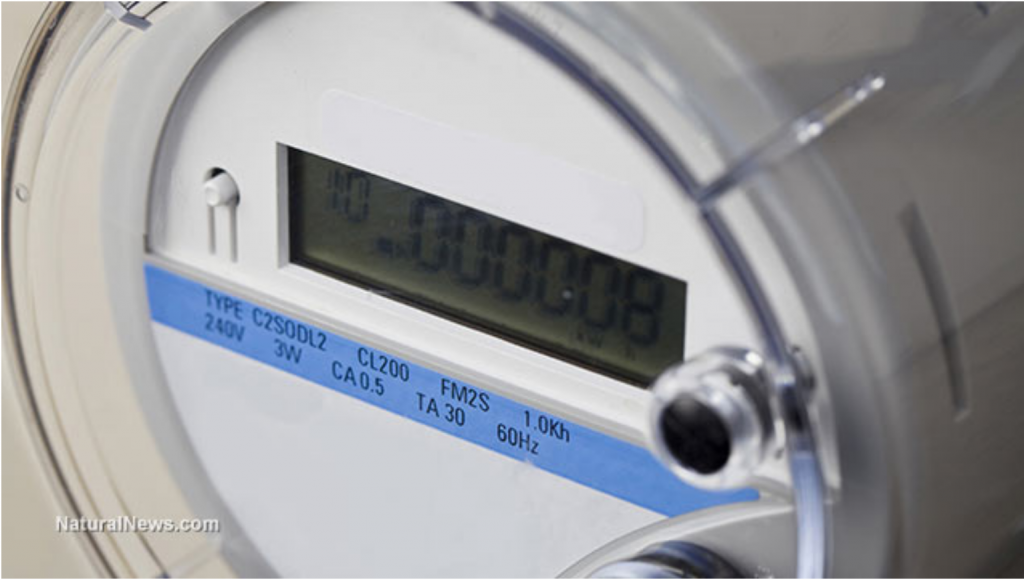 For some years now, health and technology experts have warned that smart meters being installed at homes all over the country may be emitting hazardous electronic waves that can damage the nervous system.

Now, as reported by Natural Blaze, a demonstration in a newly released video is groundbreaking in its portrayal of just how smart meters are harming us.

Many people know that these smart meters communicate with power companies via microwave signals. What has was not known – until now – is that additional frequencies from these meters are also transmitted in the 2 to 50 kilohertz range. Several studies have shown that those same frequency ranges are disruptive to the human nervous system. Some studies refer to it as “nerve block” in describing what takes place.

Natural Blaze further noted that these are not controversial studies, meaning there are no studies that show a different result. Nerve block that is induced by frequencies in the 2 to 50 kHz range are a well-established fact. What’s more, these studies come from reputable sources, as well as the standard for electricity, the Institute of Electrical and Electronics Engineers.

As noted in the video, the meters emit radiation via the high frequencies. The video, which was produced by Warren Woodward at his home, compared a standard analog energy meter to smart meters, which showed a major difference in “the waveform.”

Using equipment to measure electrical waveforms, Woodward and an assistant used an oscillator to measure waveforms emitting first from the analog meter, and then from the smart meter. The signal differences were significant – enough to wake someone at night, said Woodward’s assistant, Paul.

As we previously reported, smart meters have been increasingly tied to a wave of mysterious conditions and illnesses. The EMF Safety Network, in particular, has documented complaints including sleep problems, stress, agitation, irritability, headaches, memory and concentration problems, fatigue, disorientation, nausea, leg cramps and even cardiac symptoms. Click the link above to see the full list of documented problems.

We noted that Cancer.org says smart meters “talk” to their central control systems using RF transmissions, based on cell phone, pager, satellite, radio, power line, WiFi or Internet-communications methods. “Internet and cell phone applications have become the preferred options because of their flexibility and ease of deployment,” the organization noted.

He added that because of what his experiment has shown, it could be that Americans injured by the meters have legitimate court cases against power companies that use them, via personal injury lawsuits.

“This is real. You saw it on the oscilloscope,” he continued, adding that he encouraged power companies and other scientists to conduct their own research on this issue.

He also said that state utility regulators and public health agencies should now be spurred on to do their jobs, which used to always include protecting the public by promoting public health and safety when it comes to smart meters. And finally, he noted, the U.S. Department of Energy “will have to bring an immediate halt to the promotion and subsidization of the wireless ‘smart’ grid,” because of the harm it is causing humans.

It’s not likely that power companies will move on their own, so it will take legal action on the part of those who are injured to get them motivated enough to do the right thing. Most Americans are in favor of modernizing our power grid and making it more efficient, but not at the expense of our health.