Friends – if you did not get yesterday’s update regarding hundreds of birds falling dead in the Netherlands when a 5G test was taking place, please check it out here.  They are planning to unleash these frequencies in six U.S. cities and people need to be aware.  Heads up Atlanta, Chicago, Dallas, Houston, Los Angeles and Washington, DC.  The time is at hand.  Please protect yourselves. 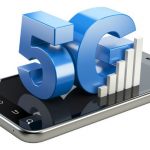 (NaturalHealth365) Hellbent on being the first U.S. carrier to debut the 5G mobile network and matching smartphones, telecommunications giant Sprint is racing to roll out this new 5G technology – this year!  But, many people are waking up to the health threats posed by this wireless technology.

The carrier recently proclaimed that six US cities – Atlanta, Chicago, Dallas, Houston, Los Angeles and Washington, DC. – are “ready for 5G.”  But, in its headlong rush to roll out 5G, Sprint seems only too happy to ignore the prospect of increased EMF radiation – and the health risks that will accompany it.

The new 5G (fifth-generation) wireless networks are billed as featuring substantial increases in data speed and capacity, in order to enable further connection with the “Internet of Things” – a linked system of cell phones, laptops, home appliances, security systems, cars and drones. But, while Sprint touts “new levels of innovation and progress,” natural health experts warn that the technology could expose us to new levels of unwanted (high-frequency) radiation.

Sprint is debuting an advanced network technology called Massive MIMO (Large-Scale Antenna Systems), which will power Sprint’s Gigabit LTE.  Massive MIMO will facilitate high-bandwidth applications – with Sprint boasting that its sites are capable of delivering up to 10 times the capacity of existing LTE systems.

Sprint customers will be able to access Massive MIMO using a 2.5 GHz band.  And, Sprint says it plans to deploy “thousands” of Massive MIMO radios in 2019, increasing network capacity across the country.

The carrier says that customers in Chicago, Dallas and Los Angeles will soon begin experiencing 5g-like capabilities – with Atlanta, Houston and Washington DC next in line.

Of course, implementing the 5G wireless technology involves adding thousands of new cell sites to expand coverage and “densifying” the network with more small cells to increase capacity and speed.

Because microwave radiation from EMFs is likely to increase exponentially, not everyone is on board with the advent of 5G – and the hectic speed with which it is being implemented.

At least one politician is advising that we “pump the brakes.”

Senator: 5G will put our current wireless systems “on steroids”

Last May, Michigan state senator Patrick Colbeck (R-Canton) took to the Senate floor to urge his colleagues to vote against a pair of bills (SR 637 and SR 894) that would smooth the way for 5G wireless technology.

Pointing out that wireless radiation has been associated with cancer, neurological problems and reproductive damage, Colbeck added that young and unborn children are at particular risk.

Central to his concerns is the fact that 5g networks operate in the 24 to 90 GHz spectrum – meaning they will utilize higher frequencies than those ever used (or tested!) before.  In fact, Colbeck says, 5G will require one transmitter for every two to ten homes – creating an unprecedented concentration of these devices.

Incidentally, Colbeck is no fearful technophobe. A former aerospace engineer, he describes himself as an “early adopter” of new technologies.

However, he believes the potential risks of 5G wireless radiation are too serious to ignore. Noting that the public health and welfare of people must come before economics and technology, Colbeck called for an evaluation of the health impact of 5G wireless systems.

You can view Senator Colbeck’s 6-minute testimony here on Youtube.

(Update: Despite Colbeck’s testimony, the bills passed in the state Senate. They are now headed to the House floor – where passage is expected).

One bombshell 2015 study found that exposure to 3G radiation – at amounts well below mandated limits for cell phone users – promoted the formation of brain tumors in animals.

And, heart patients should be aware of the truth.

Health experts warn that frequencies from ‘smart’ meters can affect myocardial function, causing irregularities that can overwork the heart and result in fatigued cardiac function.

In addition, “microwave sickness” is a real and present danger for millions of people.  Also known as electromagnetic hypersensitivity, microwave sickness syndrome is already an acknowledged disorder.

The WHO reports that 3.5 to 5 percent of the population already suffers from the condition, in which susceptible individuals experience a wide range of symptoms – including headache, fatigue, depression, nausea, dizziness and sleep disorders – when in close proximity to cell phone towers, WIFI routers and satellite TV antennas.

The increased radiation from the advent of 5G systems is virtually guaranteed to exacerbate their suffering, and to increase the number of individuals affected.

You can reduce your exposure to EMF radiation by using wired technology instead of wireless systems.

Demand that your child’s school use wired internet – and check out the American Academy of Pediatrics’ new recommendations on protecting children against wireless and cell phone radiation.

Whenever possible, opt for old-fashioned (wired) telephone lines over cell phones.  And, when cell phone use is unavoidable, try holding it at least an inch away from your head – and utilize speakerphone mode, hands-free headsets or earphones.

In addition, keep cell phone calls brief, text rather than call whenever possible (or – better yet – use your landline).

You can also join with your neighbors to protest the placement of 5G antennas on light poles in your neighborhood.

The noted geneticist Dr. Mae-Wan Ho famously spoke of the modern phenomenon of being immersed in a “sea of microwaves.” The time to prevent that sea from rising any further is now.

4 thoughts on “WARNING – Six U.S. Cities About to be Exposed to Deadly 5G Radiation”