Please keep in mind that the human body is designed to receive and transmit natural frequencies between 3‑30 hertz.  Meanwhile, the frequencies being used in obstetrical ultrasound machines are completely alien to our planet and typically operate between 3-9 million hertz (i.e., 3-9 megahertz or MHz).  The frequencies being used in cell phones, wifi routers, baby monitors, etc., are typically between 1.9  and 2.4 billion hertz (1.9 and 2.4 gigahertz or GHz).  The 2.4 GHz frequency is known to be the quickest way to create infertility within 2-3 generations.  Meanwhile, 5G frequencies are intended to go as high as 100 billion hertz, and airport scanners, that operate in the tetrahertz range are in the trillions of hertz.  Radar frequencies that police use to catch us speeding are also in the tetrahertz range.  We are now being officially attacked from all angles by brain damaging, DNA-destroying radiation that cannot only put an end to our bloodlines, but to all life on Earth.

Please pass this information on and help spread the word. This nightmare has got to come to an end.

This article was originally published by our friends at Collective Evolution 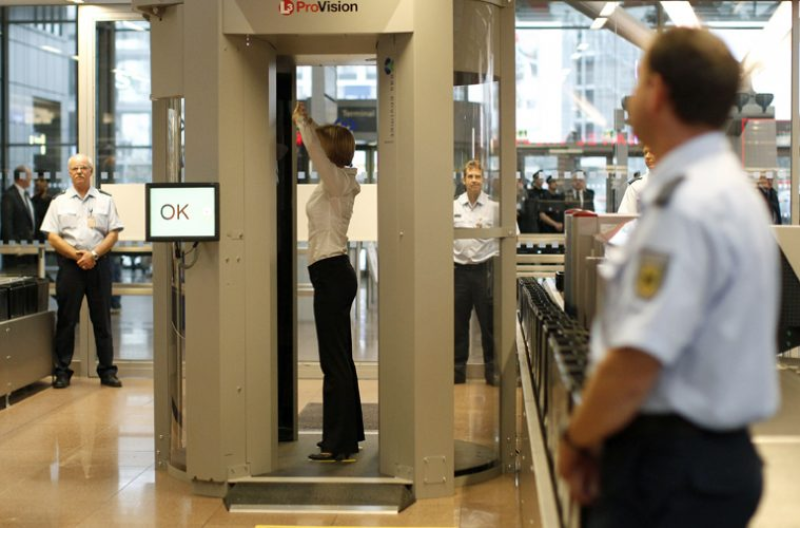 Can we ever believe what our government tells us about airport security devices?

Apparently not. First they told us those X-ray scanners (that showed way too many naked body parts) were perfectly safe.

Even the manufacturer of the device, Rapidscan, openly admitted the scanners had not been adequately tested. The truth was later revealed that the safety tests turned out to be totally rigged, as reported by Natural News.

With fabricated results, the technology was quickly rushed into every airport worldwide. No one listened to what the scientists in the field of radiation were trying to tell them – it’s not safe.

It wasn’t until the backscatter radiation levels the scanners were putting off began showing an increased incidence of cancer in TSA agents (along with the lawsuits that quickly followed), that the devices were finally yanked. The TSA quickly scrambled for another solution.

Don’t believe it for a second. The TSA failed to adequately test these devices for health and safety factors as well. Unfortunately, in today’s world, security trumps human safety.

A study conducted by Boian S. Alexandrov et.al. at the Center for Nonlinear Studies at Los Alamos National Laboratory in New Mexico, revealed that these terahertz waves could “…unzip double-stranded DNA, creating bubbles that could significantly interfere with processes such as gene expression and DNA replication.” 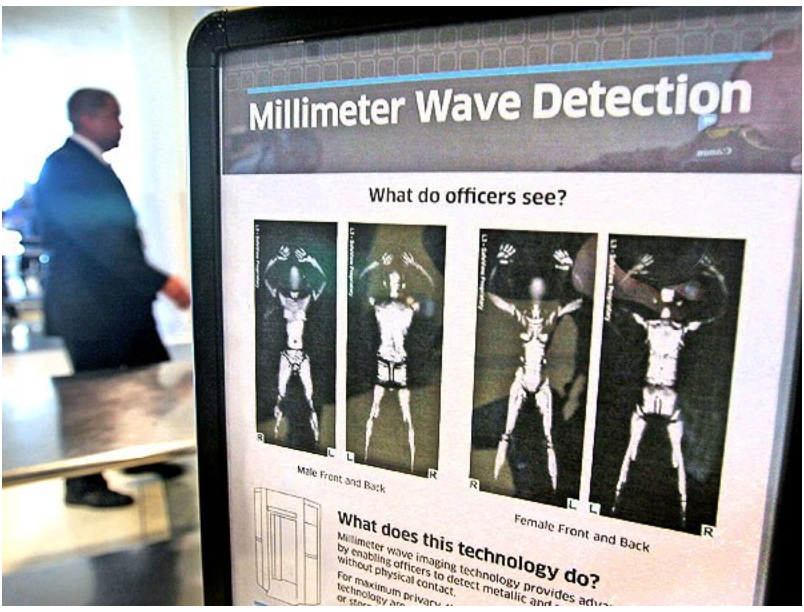 In other words, this study is the smoking gun that raises serious concerns about the impact of terahertz radiation upon fertility, fetal development, and cancer.

Now think about the thousands of people who are subjected to these levels of untested energy particles every day in the name of “National Security”.

But the TSA tells us not to worry about their millimeter waves because:

“Millimeter wave technology bounces harmless electromagnetic waves off the body to create the same generic image for all passengers.”

This is completely inaccurate because the nature of millimeter waves is that our bodies and water are excellent absorbers of these waves. Millimeter waves do penetrate and absorb into our skin.

At the microwave technology center in Malaysia, health subjects were exposed to microwave radiation between 20 — 38 GHz, the range in which the TSA scanners operate.

They found that millimeter waves penetrated the subject’s skin at depths of between 1.05 mm at 20 GHz to 0.78 mm at 38 GHz. This is enough to penetrate below the epidermal layer of the skin.

Millimeter waves have been reported to produce a variety of bioeffects, many of which are quite unexpected from radiation penetrated less than 1 mm into biological tissues.

Of particular concern is the citing of studies that show there is an irreversible water memory effect by millimeter waves operating in the 36GHz frequency, and that the millimeter wave effects on blood plasma vary greatly from one person to the next.

Does this information make you extremely uncomfortable?

Well, it should. And it should also make every one of us mad as hell.

Since the day they first rolled out these human violation technologies in 2007, I have always chosen to “opt out”. I would rather endure the intrusive body pat down any day than subject myself to covert DNA alteration.

So what if it takes an additional 5-15 minutes of your time getting to your gate? It’s time to exercise your own personal body health consciousness, since the US government has clearly demonstrated they don’t possess any qualms about not protecting you.

Alternation of DNA can be subtle and deadly down the line. Who would ever make the connection that a TSA scanning machine might have contributed to any negative health effects you eventually experience. 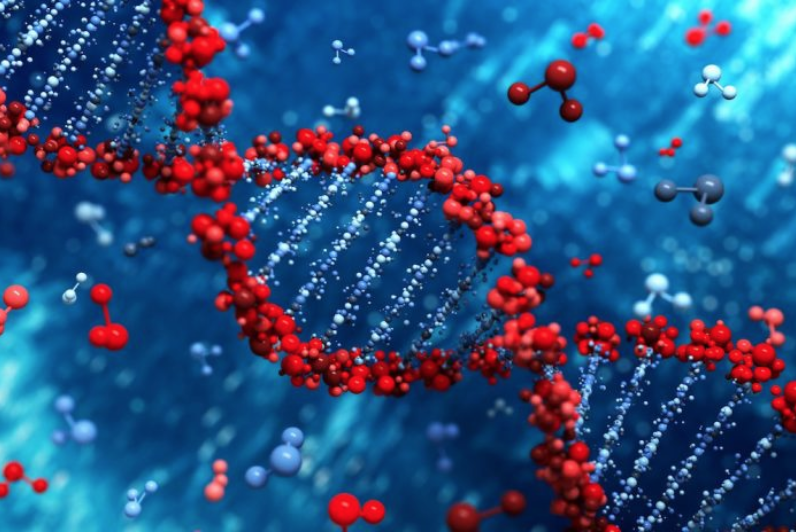 Frequent travelers should be concerned

If you are a frequent air traveler, like myself, you should be concerned about your levels of exposure. If you’re a TSA agent, you should find another job.

This past weekend as I was trying to make a flight back to Los Angeles from the Columbia, South Carolina Airport, I did my usual “opt out” thing. The TSA agents from this little backwater airport tried to feed me the propaganda line about “minimal risk.”

I told them I’d read the studies and they needed to be better informed. They looked at me blankly trying to tell me it was just like using a cell phone. Not true.

The millimeter wave scanners the TSA operates put out more than 20 billion times more oscillations per second in smaller terahertz waves, so the cellular effects will be different from cell phones.

I’m sure no one ever told TSA agents this, but they feed the same lies back to the people that they’ve been told, so I tried to be more forgiving.

I’m sure no one had requested an opt out for some time in this South Carolina airport, which is why I got the pat down of all pat downs.

The female agent made sure to give me karate chops straight up to my private parts twice in the back and then another two times in the front. Totally unnecessary. She kneaded my waist in a strange manner, grabbing hold of any loose skin she could find.

I have had hundreds of pat downs over the years, and no one, I mean no one, has ever been as intrusive as this TSA agent.

My first instinct was to tell her how inappropriate she was being, then I remembered how I would most likely be punished for my non-sheep-like behavior and not be allowed to make my flight.

During the procedure she also sniffled and sneezed, spreading her germ warfare all over me through out the entire security grope session.

I think we have all had enough of this undignified treatment in the name of security. It’s already been proven that these scanner devices and intrusive pat downs have not made our world any safer from terrorists.

Airport security testers have snuck through everything from guns to explosives, clearly proving their ineffectiveness. Metal detectors should be sufficient enough.

Opt out of the scanner

If everyone opted out of the scanner, the whole program would eventually fall apart. The lines of opt outs would be so long it would bring the air travel industry to a standstill.

It would also send a clear message that unsafe devices are not going to be tolerated. Take the extra time and just do it — opt out. If you love yourself, than you owe it to yourself.

Now I’m already ahead of you on what you’re thinking — that they’ll just suspend all our civil liberties and make it mandatory to go through the scanners whether we want to or not.

Well, I would like to believe that they would be flooded with lawsuits if they did, but there’s an even easier solution. Go to a medical supply store and buy a cheap inexpensive arm sling and put it on before going through TSA.

If you can’t hold both arms up over your head while in their scanner, it renders the results totally unusable. They know this and have to let you opt out for medical reasons. The sheeple are getting smarter. Afterall, life is all about how you handle Plan B.