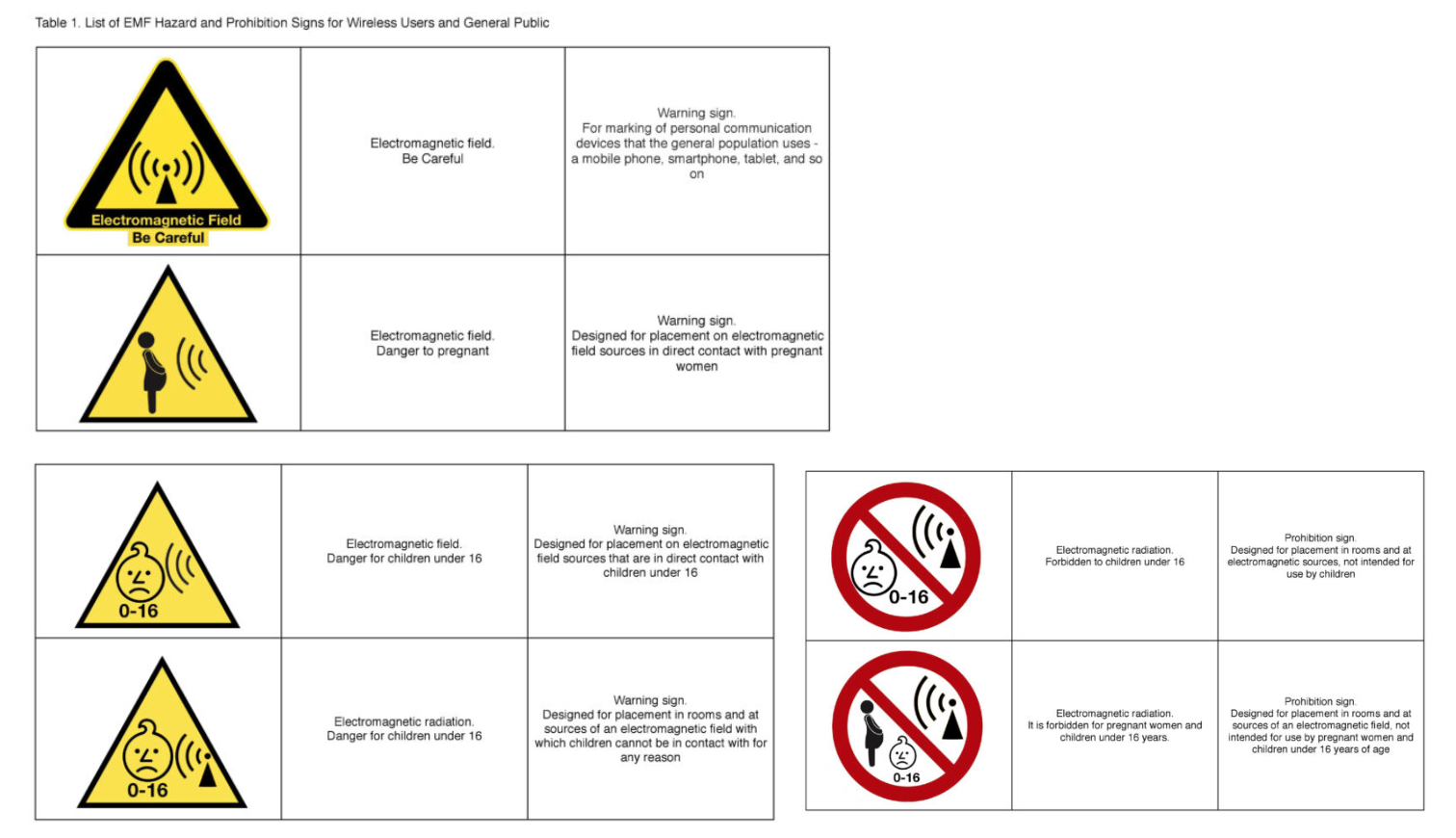 Looks like Russia is about the only country that is not deliberately attempting to kill their people. As for all EU countries, America, Canada, and the rest, people need to wake-up. There is great danger at this time.

The Russian National Committee on Non-Ionizing Radiation Protection are calling for the release of new EMF hazard warning signs for wireless users of mobile phones and other EMF sources, following the release of a published paper by Professor Oleg Grigoriev and ex-deputy minister of communication, Dr Prof Yuri Zubarev. The paper was published in September, 2019 in the oldest Russian journal of communication industry.

The EM Radiation Research Trust would like to thank Professor Oleg Grigoriev for providing this important information and call on Government officials to follow this example. The public should be alerted and hazard warning signs should be made mandatory for the safety of users to allow the public to make informed decisions.

The world needs to take note and follow this example. See attached paper and warning signs.