I do believe this type of camera ticketing was found to be unlawful in the U.S. and that people are not obligated to pay the fine. See here for more info. 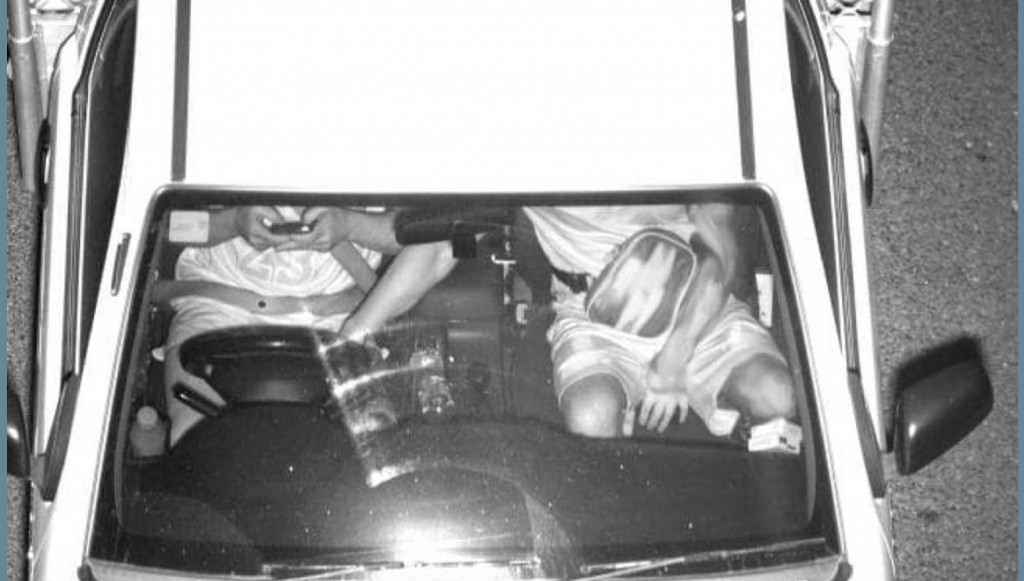 Australian authorities in New South Wales (NSW) have decided they want zero fatalities and serious injuries on their roads by 2056. To help meet that goal, they launched a computer system with artificial intelligence that reviews millions of traffic images to find drivers holding and using cell phones illegally while behind the wheel.

Once identified, a human confirms that the perpetrator has committed a serious crime and issues a ticket. Warning letters are issued for the first three months, followed by a penalty for offending drivers of five demerit points and a $344 fine which rises to $457 in a school zone. The penalty increases to 10 demerit points during double demerit periods.

The pilot program of the world’s first mobile phone detection camera technology checked 8.5 million vehicles between January and June 2019. More than 100,000 drivers were accused of breaking mobile phone usage laws during that period, a positive identification rate of just over 1 percent.

That rate jives with technology provider company Acusensus which maintains that distracted driving – any activity that diverts attention from driving – is a killer activity in moving traffic, especially among the junior set:

“At any given time, between 1% and 5% of drivers are manipulating a phone, on most road networks. The most high-risk group of road users are also those most likely to utilize a phone while driving, 1 in 20 of our young drivers are using phones while driving.”

Both fixed and transportable versions of the cameras functioned reliably in the real-world conditions tested under the experimental pilot program. Traffic images captured by the automated system are stored and managed securely, according to NSW officials.

The World Health Organization (WHO) says that car wrecks kill 1.25 million people and cause permanent disability in another 50 million annually. In 2016, 1,351 of those fatalities occurred in Australia, according to a 2018 WHO report.

The Road Safety Plan 2021 states that the NSW Government’s State Priority Target is to lower the road fatalities toll by 30 percent by 2021. The plan prioritizes six areas of traffic safety:

The NSW road safety plan outlined using camera-based technology to enforce offenses involving mobile phone use. Now, the plan marches on as both fixed and trailer-mounted relocatable cameras are poised for deployment throughout the region by the end of 2019.

The AI detection system never sleeps or takes a break (except for scheduled maintenance and emergency service interruptions) and doesn’t care about the weather. High-definition cameras take pictures of the front seat interior compartment space to spot drivers holding an object shaped, more or less, like a cell phone.

The “smart” robotic system passes by images that don’t raise any red flags but routes those that do to an authorized person for further analysis and final judgment.

It was only in January of 2019 that Videonetics, a company headquartered in Kolkata, the capital of the Indian state of West Bengal, introduced the world’s first AI and deep learning system capable of detecting cellphone use while driving. Videonetics has an American office in Salt Lake City, Utah.

Less than a year ago, Videonetics proudly presented its cutting-edge solution that analyzes gesture movement of the driver of any type of vehicle, capturing images of both front and read license plates as well as the driver’s seat:

“Powered by patented AI & Deep Learning framework, Detection of Use of Cellphone While Driving technology is trained with real-time video data of over five years, thereby ensuring [the] highest level of precision in identifying the most dangerous driving risks even in tough environmental conditions, including night time.”

Once rolled out, the NSW AI traffic-monitoring program will expand to conduct 135 million vehicle checks each year by 2023.

Once again, Big Brother has launched a “smart” technology in a socially acceptable arena first before broadening its scope to include policing everything we do. Anything to keep those roads safe – right?