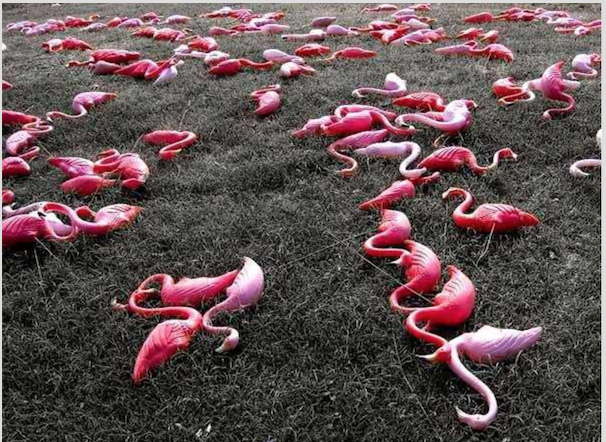 For decades, people have feared a nuclear disaster. Talk of Israel using the so-called “Sampson Option” was and is still quite common. Nevertheless, what most people do not realize is that nuclear radiation and wireless radiation are the same energy.  They just vibrate at different octaves of destruction. Nuclear radiation will kill you quick, but wireless radiation will kill you just the same. It will just take a bit longer.

Wireless radiation is indeed, killing innocent beings around the world.  This evil has got to end. Please let go of your cell phone. You are hurting yourself and every living thing around you.  It is not OK.  It must end.

Hundreds and even thousands of birds falling from the sky all at once is not normal, and their tiny bodies bleeding from the inside from busted blood vessels and lack of oxygen is not a paranormal event. It is directly related to electromagnetic frequency surges. Their little bodies cannot survive under EMF pulses. Neither can humans, sea life, bees, bugs and plants. As we have seen from other man made disasters involving atomic and nuclear forces that emit radiation. The fall out just doesn’t go away after the fallout cloud disappears. It remains. For the same reason it remains in your bodies unless you mitigate with alternative therapies such as those used in Chernobyl with algae, brown seaweeds, spirulina and miso soup, learned therapies from Japan. Read about how they did that here: Nuclear Meltdown and Radiation Exposure in Japan. 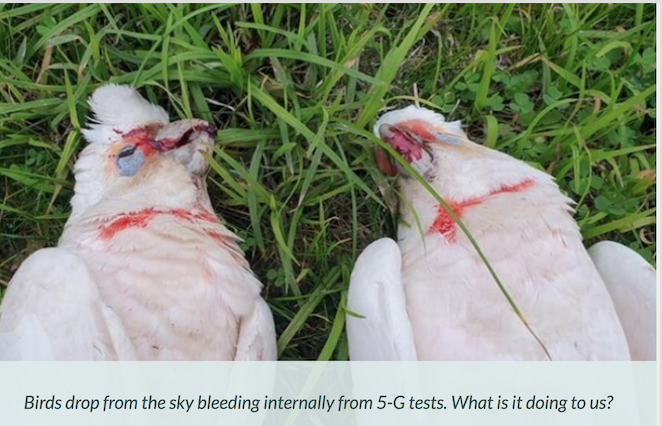 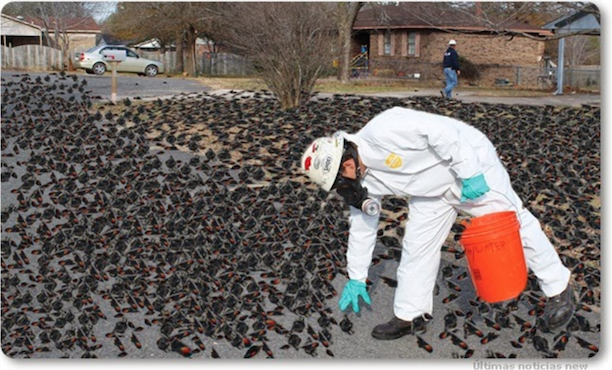 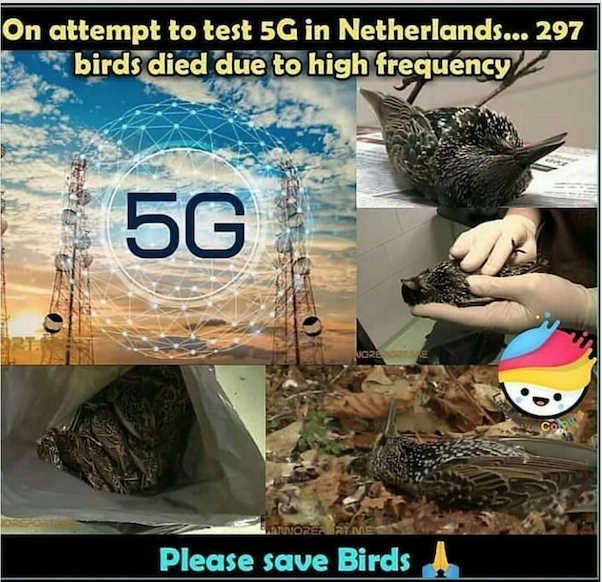 5G News: Birds Dying, Going Blind in D.C. — Experts “Puzzled” About the Cause

Hundreds of Thousands of Birds Drop Dead Across American South

Hundreds of Birds Drop Dead During 5G Experiment in The Hague, The Netherlands

Birds, Trees and other Wildlife Dying – Populations in Serious Decline due to 4G Radiation

Too Much Mobile Ringing Will Soon Mean Birds No Longer Singing