Are the Jabbed Connected to Bluetooth?

“The fact that the numbers change with the people passing by only makes sense when these people themselves are the devices.”
This is “their own mark-of-the-beast-number.”

Here are a dozen smartphone screenshots I took Monday in front of a supermarket in Germany. 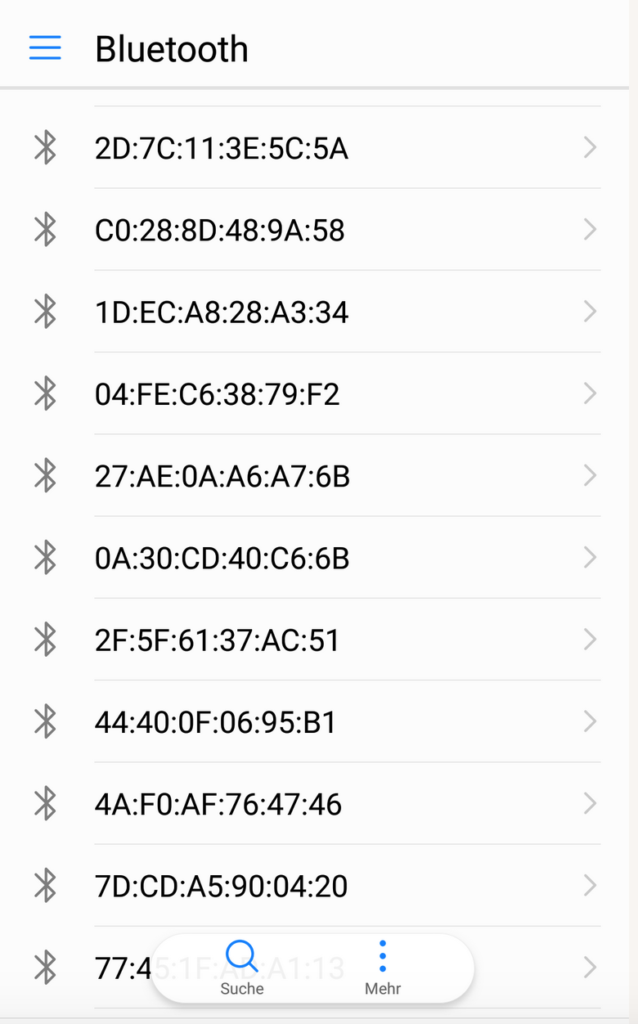 It looks like the inoculated are all having their own individual (kind of) IP address which appears on the screen when bluetooth is being activated and scans the surrounding for reachable bluetooth devices.

As you can see I did that for five minutes and the digits change with the ongoing stream of pedestrians and vehicles. The addresses all have the same format.

Twelve digits separated by colon, a mix of numbers and alphabetic characters.

This is definitely not how a reachable bluetooth device looks like on the screen. Normally you get the name of the device and a symbol that shows what kind of device, e.g. headset, phone, car hifi etc.

The more people are around the more numbers appear and the list changes from second to second.

I’m not a pro but I know a little bit about computers and I have never seen anything like that before.

My web research resulted in absolutely nothing except some others who noticed the same phenomenon. The fact that the numbers change with the people passing by only makes sense when these people themselves are the devices.

If  true, everybody with a smartphone (except iphone) can see with his own eyes now what the whole C-agenda is about. Everybody can check this by himself. Even the inoculated non-believers can go to the woods or elsewhere where they are alone and try it out. The same number they always see on their screen no matter when they look at it is their own mark-of-the-beast-number.

Seems like tptb created this whole C-scenario amongst others to get everybody injected with a jab that contains graphene oxide and that self-assembles (this ability is one of graphene oxides characteristics) in the body to some kind of artificial nervous system which connects the person to the smart grid either directly via 5G or via the persons smartphone.

And I suppose this is only one aspect of the evil potential of the jab.
—–

Bluetooth Vaccine? Does the Injected COVID Non-Vaccine Connect With Devices?
Published on May 25, 2021
By Makia Freeman

Those who understand the background to this discovery – including Transhumanism and the Operation Coronavirus-nanotech connection – will perceive that this is another clue that the COVID non-vaccines are injecting some kind of biosensor into people, to begin the process of turning people into nodes on the Smart Grid.

Dr. Chinda Brandolino refers to the technology that makes it possible for the Bluetooth to read codes in inoculated individuals

Covid Vaccines, The Planned for Mark of the Beast part 3

Graphene oxide is made of a single layer of carbon atoms…6 protons, 6 neutrons, and 6 electrons.  That’s what is being injected into people.

Everyone who receives the Covid Death Jab is hooked up to “The Internet of Things” immediatley following his first Jab. It’s now known that ALL Covid Death Jabs contain Graphene Oxide which is creating the signal being transmitted and registering on that Blue Tooth reader. Dr Carrie Madej explained this AI/Vaxxed “hookup” in great detail in a video that she posted to Youtube on August 17, 2020 (and I re-posted to my Bitchute channel on Sep. 11, 2020).

The AI/Vaxxed “hookup” was later revealed by a Russian hacker in May of 2021 when he hacked into the computer system that was listing all of the Bio-metrics and ID data  on the Russian people who got injected with the Sputnik Jab and zeroed in on the data being transmitted by one of his friend who got the Death Jab. Here’s the video, which I just uploaded tonight while typing these comments, so you can verify the info for yourself (narration in Russian, but translated into English subtitles)

So, In this case all 48 binary numbers (each hex number represents four 1’s or 0’s) seem to be identifying a single person.  IF this was just reading cell phones (which I don’t believe it is) then you would see the first six hex characters repeating somewhat as to manufacturer… as there’s only a limited number of manufacturers in the world…the last six however would be totally different for each phone).

Definitely appears EACH INDIVIDUAL is identified with a 12-bit hexadecimal number.

ok, I’m just back from another trial with a family members smartphone. Same procedure same outcome. I can only repeat myself: Yes, every network device has its own worldwide unique MAC address. But when connected the device is NOT being displayed by its MAC adress but by its name (i.e. see the attached screenshot > headset, soundsystem). How else could one find a desired device in case of connecting? Everybody would have to know the MAC addresses of his devices by rote. And if it wasn’t the people walking by themselves who are the devices but their smartphones, headsets etc – where are the symbols? Since when are devices displayed on a user interface by their MAC address and not by their names/symbols?

I would just like to ask everybody with a smartphone to go to a place with numerous people and try it out himself.

is it possible you are picking up their phones?”

1. I know what a MAC adress is, but my phone never showed any and I don’t know how this should be possible. Would have to be a very peculiar bug in the software or flaw in the hardware if the phone was kaput. It’s five years old but running reliably. No problems at all.

2. If it was a bug or a flaw it would have to show this behaviour with every device in the closer surrounding, but it doesn’t. I only know and have contact with unvaxxed (don’t ask me now how I manage to do that) and they all have smartphones too. And of course I tried it out yesterday and today – nothing! No ‘MAC’ adresses from their devices. No joke. I’m more and more certain that it’s the vaxxed who are tagged. By the way I find it logical that these human IPs are also formatted like MAC adresses. It’s the IoT and the IoB (internet of bodies, like they announced it a couple of years ago). 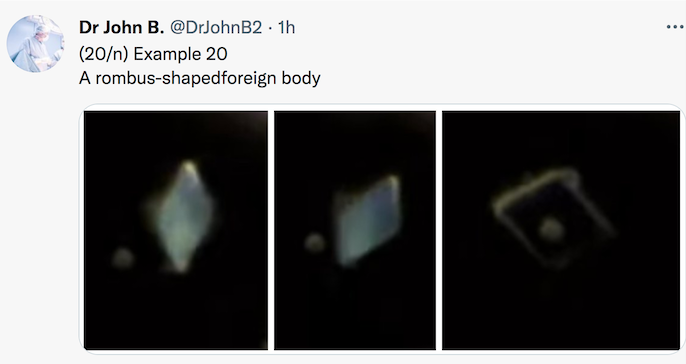 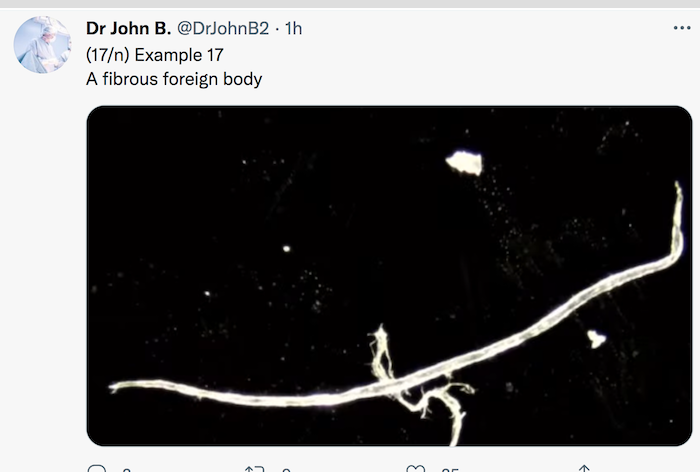 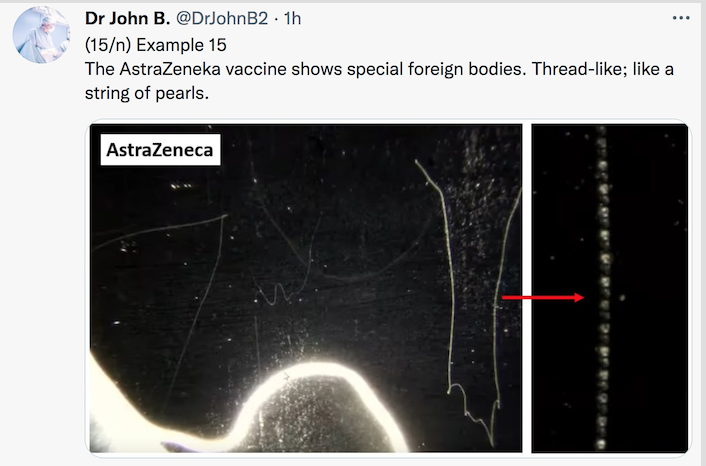 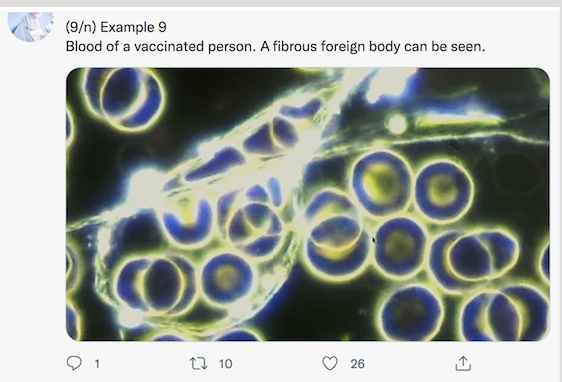