Know that I have cried at least once about this. I don’t adore my cell phone. The honeymoon ended long ago. Yes, I am fed up with the whole update, upgrade, planned obsolescence cycle. I questioned the cell phone craze from its inception, worrying that the effects on humans might be something less than healthy. I have been skeptical about 5G and for that matter 4G, 3G, etc. I know people who have developed suspicious brain tumors.

I never loved a single cell phone I ever owned. Most of my phones have been hand-me-downs…from friends who were sick of archaic flip phones getting in the way of my social life. Yet I was an early cell phone user, carrying around one of those cellular bricks in the mid-1990s. I carried phone books in the truck, a white pages and a yellow pages. Phone books don’t last long jostling around in the cab of a busy contractor’s pickup.

Fast forward 30 years. Phones have come and gone in my life. Most of them are stacked up on my mantle, next to a circa 1980 Onkyo stereo receiver. I feel ambivalence toward the phones … not the receiver.

So here we are, 2022. Species are disappearing from Earth faster than ever before in history. Insect and bird species, even pigeon racing, are becoming extinct. Few people understand why these things are happening. Even fewer have been willing to talk about it.

I am turning off my cell service in 3 days. “What!?” — the reactions of my friends. Precisely. I have over 2,500 personal contacts in this current phone, which, by this point, appears indispensable. I use this mini-brick for a few dozen or more purposes, like most people. I travel internationally sometimes. Will I be able to even do that without a phone? Puzzling.

Allow me to explain: I am one of those aforementioned people, two paragraphs up, who understands. Science explains why creation as we know it, i.e. life on this planet, cannot sustain billions of cell phones and millions of cell phone towers operating around the globe. Humans (note: humans), birds, insects, and plants are dying due to short wave electromagnetic frequencies coming at us (note: us), from every aboveground direction. Entire species are frying.

Monarch butterflies are almost gone (from the planet, that is) accompanied by dozens more of some of the most delicate creatures among us; the ones who fertilize the flowers which create the food we eat. Bees and others.

Birds are dropping dead out of the sky by the millions. It happened in my state last summer with no definitive explanation of why. Lots of hand-wringing and maybes. Hmmm, we know insects and birds are dying from bombardment with short wave EMF frequencies. Those millions of dead birds were found emaciated, with empty stomachs. Insects are perishing. Insectivore birds, as a result, are facing famine.

You may not want to question whether your cell phone (and its incumbent blight on the landscape: cell towers) is killing these creatures. Your cell phone is destroying creation. 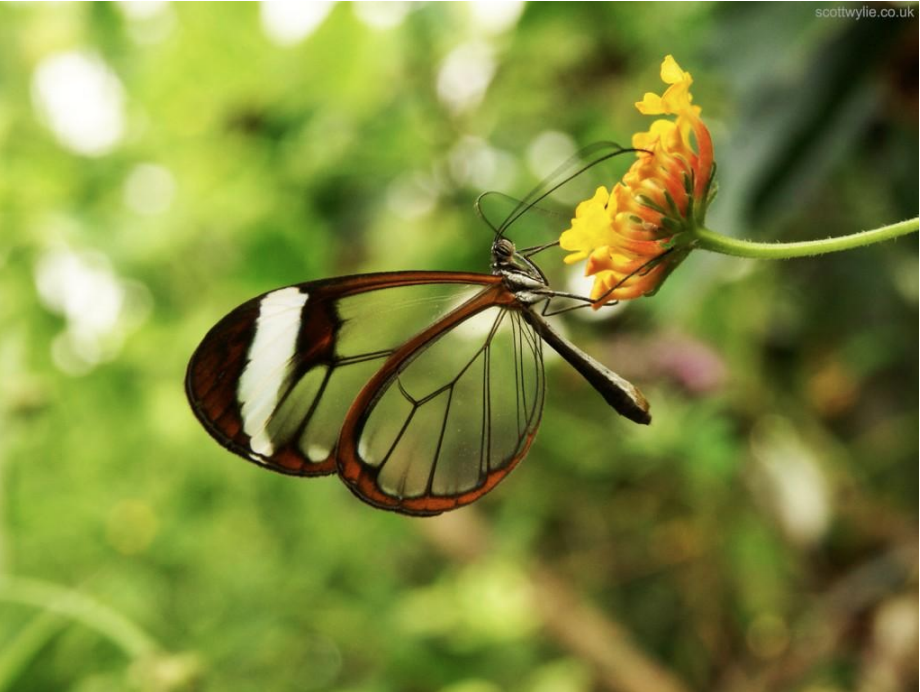 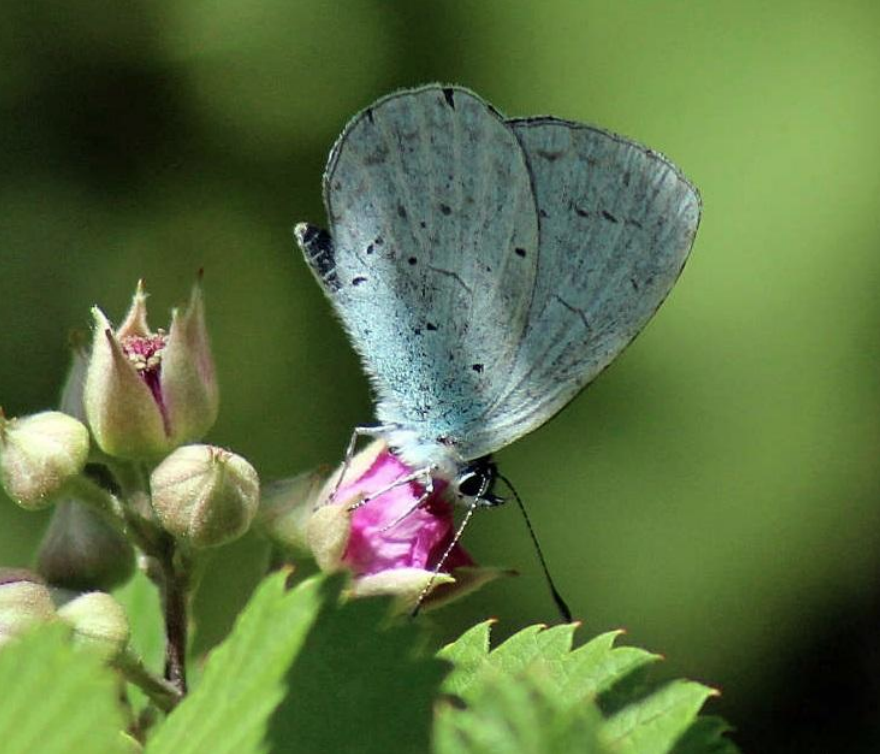 Maybe you don’t believe me. “But… global warming, but… deforestation.” “But, but, but…”, my mother would say. Global warming, deforestation, and pollution of all varieties may be the cause of some extinctions. Some. Allow me to refer you to the 4 experts: Alfonso Balmori, Daniel Favre, Mark Broomhall, Diana Kordas, Ulrich Warnke, Neelima Kumar, some of whose studies you can find here:

I’ll not drag you through example upon example of wildlife studies proving death by electromagnetic fields (EMFs), i.e. cell phones/cell towers, but let me share with you the example that finally brought me to tears after stoically reading, in Arthur Firstenberg’s The Invisible Rainbow, case upon case of what EMFs are doing to nature. Bear in mind that putting a radio tracking device on an animal is like forcing the animal to wear a cell phone, 24/7, sometimes until its death:

Firstenberg goes on to say:

“In some cases radio tagging endangered species may drive them further toward extinction. In 1998, the first Siberian snow tiger ever to go through her pregnancy and give birth while wearing a radio collar delivered a litter of four, of which two died from genetic abnormalities.”

That, dear reader, is why when I take my next overseas trip I may look a bit awkward stumbling around with a fifteen-year-old Lonely Planet travel guide looking for a decent place to stay the night, or trying to find out when the next local bus heading south arrives. I might need to stop and ask humans for help. Do humans still know how to relay directions to another human? There will be small inconveniences. At times it may be annoying, however not without good reason.

Yes, breaking up is hard to do. As I considered this split a few weeks ago I even felt the beginnings of a panic attack. I searched myself for the reason for the emotional reaction. The explanation may be anxiety, but also a fear of abandonment. It’s not the phone, of course, it is the random caring text messages, last-minute invitations, group texts with long-standing time-tested real friends. It is the fear of missing a random love note, of losing dear friends.

Fortunately, my contact list is backed up and downloaded to my computer. Thousands of relationships will not perish. Friends may become annoyed, but the closest ones will not be deterred. Most text messages will still reach me on my wired laptop via an alternate identification address. Some will have to reach me via social media. Some will call my landline.

I need to purchase some gadgets to replace my cell phone functions: a flashlight, a small memo pad, a camera that can take photos downloadable to my laptop, a battery-operated alarm clock — all relatively inexpensive. A decent pocket camera (remember that term?) is available for $40 and purportedly performs comparably to any high-end smart phone.

I have spent two months considering this break-up and soon it will be complete. There are ways to do this. It takes some effort. I have even made practice runs, leaving the phone at home some of the time and on short trips.

My health and vitality have improved already from having my cell phone off most of the time and my computers wired to Ethernet. My health and happiness are much enhanced. I am more energetic than I recall ever being.

I am no longer weathered from intense EMF exposure all day long from wireless devices at my home office. I don’t reach for a cocktail now to assuage weariness and exhaustion. Instead, I have productive evening time at home. Life is improving as a result of reducing my EMF exposure. My cat even sits on my lap again, now that he doesn’t have to compete with an EMF-emitting device in his way.

Sometimes breaking up is the only way out, from heartbreak and other burdensome circumstances. In this case, it is a little more far-reaching than all that. I am becoming less culpable for the die-off of species; birds, butterflies and others. Unburdening myself from that while doing what is best for my health and for creation around me means more than, well, almost anything else I can come up with.

Kathleen Burke is a hiker gardener in New Mexico, USA. She assists in the efforts of the Cellular Phone Task Force. She can be reached at kathleenmariaburke@yahoo.com