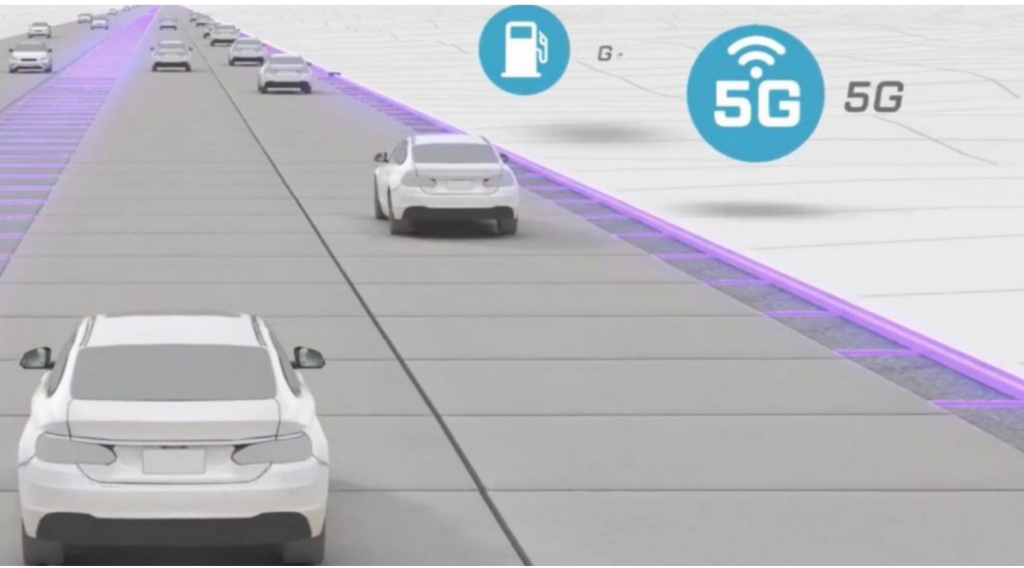 Dear friends — What will they think of next? The mainstream media have come out with a flurry of articles regarding the installation of “smart pavement” in Kansas City, Idaho, and Colorado. Touted to be a godsend technology that will “save lives” and facilitate “more effective pavement maintenance,” smart pavement is said to be made of “precast and interlocking concrete slabs embedded with an array of sensors, processors and antennae“and “bristling with sensors and the latest fiber-optic and wireless technology.” This wonderful technology can alert “authorities” immediately if a car dares to leave the road.

“In the case of a vehicle leaving the roadway, weight sensors in the pavement as well as sensors that track location and speed can alert Integrated Roadways’ software that emergency personnel need to be dispatched to the scene.”

With names like (((Schwartz))) and (((Kozinski))), the supporters of this technology are hopeful that they “will eventually generate business from trucking companies trying to minimize inefficiencies in fleet mobility.” I reckon these same trucking companies wouldn’t want any truckers to pull off the road for a rest without “emergency personnel” being immediately dispatched to the scene to force them back onto the road so as not to waste any money or time.

Of course, the health dangers of this technology are never mentioned, unless one accesses a truth website such as Activist Post, which made the following comment:

We would also be remiss to mention the growing awareness of the health dangers of
Electromagnetic Fields (EMFs) that will see an exponential increase with the arrival of fully connected smart cities. For example, a prominent neuroscientist went on record in a lecture to the medical community itself where he exposed the many health risks as well as an industry-wide attempt by telecom to cover up the negative consequences. A world-renown biochemist is seeking to abolish WiFi in schools. And a British ER physician has made it her mission to educate people about what steps they can take to minimize exposure and damage to WiFi. A slew of peer-review scientific studies support the warnings of these experts. Even CBS has now penned an article discussing the general concerns about the rise of 5G and other forms of high-tech wireless being implemented in ever more intrusive and inescapable ways.

As for me, I think I’ll do whatever I can to avoid places with this kind of technology as I have ZERO interest in being monitored or exposed to any more health-threatening radiation.

Articles of interest and information from Arthur Firstenberg below:

Colorado Set To Become First In U.S. To Use “Smart Pavement” To Monitor Drivers In Real-Time
https://www.activistpost.com/2018/05/colorado-smart-pavement-monitor-drivers.html

“Data is the new asphalt”: High-tech Colorado road test to be first of its kind in the U.S., may improve traffic and save lives
https://www.denverpost.com/2018/05/30/us-285-smart-pavement-technology/?utm_source=feedburner&utm_medium=feed&utm_campaign=Feed%3A+dp-dontmiss+%28Denver+Post%3A+Don%27t+Miss+News%29

“Smart pavement” being installed in Colorado

Just when you thought things couldn’t get any worse…

The Colorado Department of Transportation has awarded a $2.75 million contract to a Kansas City company called Integrated Roadways (www.integratedroadways.com) for a pilot “smart pavement” project. It will be installed on a half-mile stretch of U.S. 285 near Fairplay, Colorado south of Breckenridge.

This is being developed along with 5G as part of the nationwide infrastructure for driverless cars.

Each interlocking slab of smart pavement will contain fiber optic mesh configured similar to a touch screen computer. The pavement will sense the instantaneous position, weight, and velocity of every vehicle on the road. Each slab will also contain antennas under the pavement that will send the data wirelessly to your car.

The smart pavement is supposed to pay for itself by selling apps that also deliver data from the road to the car’s occupants. “Imagine travel, dining, lodging and other services being delivered à la carte to individual drivers on demand,” touts Integrated Roadway on its website. The road itself, says the company, “will become the next Information Super Highway.”

“Once cars do become autonomous, smart pavement unleashes the possibilities of what you can do in the car instead of driving,” said a May 21, 2018 article in the Kansas City Star. “For some, that might be working, while for others, it might be gaming or streaming movies. It could essentially turn your car into a mobile living room.”