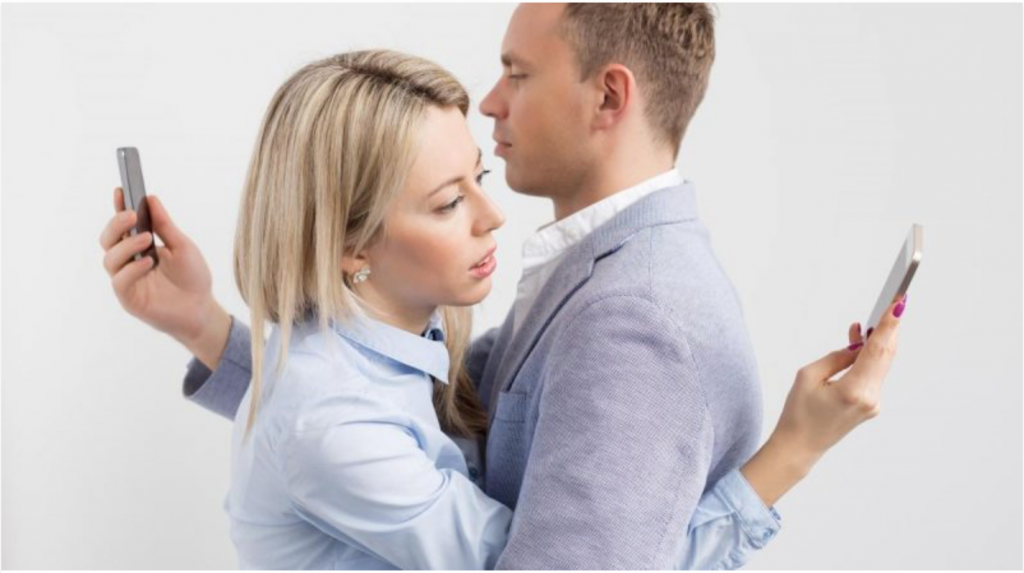 Four out of Beason’s other 21 students also made similar statements.

Cell phones can be life-savers in emergency situations. But many people seem to now be on them every chance they get. We can blame anyone – especially children – for having negative feelings about this.

About 15 years ago, my parents begged me to get a cell phone for emergencies. I didn’t want one. Cell phones were expensive and there were still pay phones almost everywhere. But my mom offered to buy the phone if I would just get a cheap plan for emergencies. This seemed reasonable. I kept my landline for all other calls.

Many people had just started buying cell phones back then. I’ll never forget when I was browsing for bargains in TJ Maxx and heard what sounded like a woman talking to herself. The store was quiet except for her voice and pop music playing at a low volume on the store speakers. Even though I could make out most of her words, I knew she wasn’t near me. I looked around. She was about 200 feet away and using cell phone. I remember thinking how bizarre this was. There were a few other shoppers in the store and our eyes met as they looked for her, too. I didn’t seem to be the only one who was annoyed. She was distracting us from having a relaxing shopping experience.

Obviously, more people do this now and in places other than department stores. It’s still annoying and it’s also causing serious problems.

According to another article about the 2nd grader, previous research has suggested that children behave worse when their parents are preoccupied with their phones. Children sulked, whined, threw tantrums, and showed signs of hyperactivity or restlessness more when parents used smartphones while talking to their children. Actions could be as simple as checking text messages during children’s playtime or mealtimes.

It’s easy to forgive kids for behaving badly when their parents behave badly. What’s not easy is forgiving these parents even though many of them are addicted to their phones.

Heavy phone use and “Digital Addiction” have been addressed by many media outlets including ABC’s 20/20, seen below. They are causing a variety of social and economic problems including fatal car accidents. This is still not getting nearly as much attention as Opiate Addiction. Equally upsetting – kids are becoming addicted to technology, too.

This still hasn’t stopped tech companies from creating and marketing more products to everybody under the sun while tech inventors continue to limit their own kids’ use of it and send them to private “low tech” schools.

Why aren’t our elected officials and government agencies demanding that public schools reduce the amount of technology used in and out of classrooms so kids aren’t forced or compelled to use it so much?

These questions have actually been the topic of many articles already.

What’s equally if not more upsetting is that these devices don’t operate via magic. Decades of research has already confirmed harm from exposure to all sources of cell phone and WiFi radiation as well Electrical Pollution (Electrosmog). This has also been the topic of many articles including a very long one with some very unsavory details written by Norm Alster.

Many elected officials, government employees, community leaders, business owners, corporations and their lobbyists are still encouraging as well as forcing more technology and its infrastructure on us despite “Digital Addiction” and research proving biological and environmental harm from exposure to it. The Telecom Industry is being referred to as “Big Wireless” and being compared to “Big Tobacco” and “Big Oil.” All of this is hurting our pets, nature, and wildlife too.

It has been written that as the Titanic was sinking, the band continued to play. Maybe some of that is going on with technology. The truth is so disturbing that some tech moguls are planning for “Doomsday.” Not everyone feels motivated or confident enough to change this for themselves or anybody else – including their own kids. Are you?