Please note, if you believe you may have a dirty electricity problem in your home, please check out Greenwave filters and/or Stetzer filters to help remedy the issue. 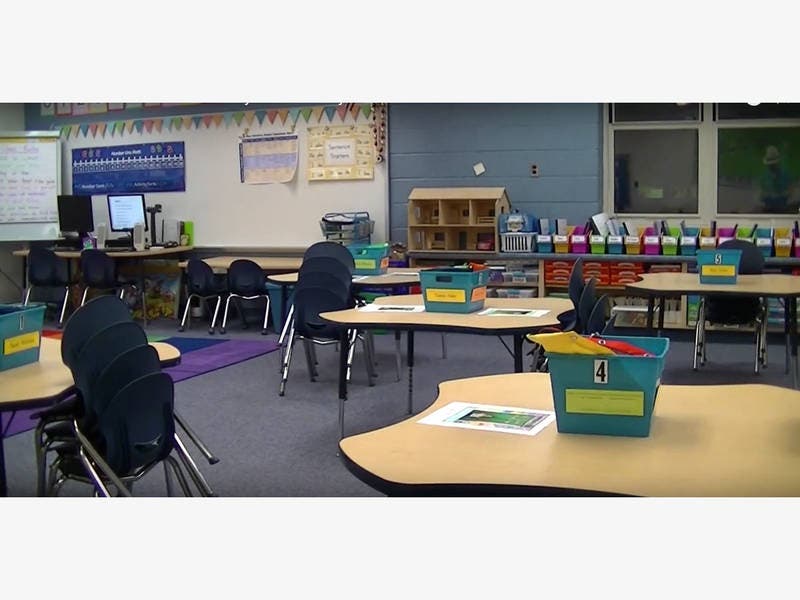 Mayo Elementary School in Edgewater, Maryland has a Dirty Electricity problem, and it is putting the health of the students and staff at risk every single school day.

Most people are aware that man-made, wireless radiation comes from things like cell towers, smart phones, wifi-routers, and smart meters. However, very few people understand or have even heard of another source of wireless radiation called ‘Dirty Electricity.’

What Is Dirty Electricity?

Dirty Electricity is the common name used to describe the phenomenon where radio frequencies emanate from power lines.

Why Should Mayo Elementary Parents And Staff Care?

A high number of teachers and students developed some form of cancer due to prolonged exposure to Dirty Electricity at La Quinta Middle School in California. News clip below. Study here.

Radio frequencies are classified as wireless non-ionizing electromagnetic radiation (NIEMR). Wireless radiation was once thought to be harmless, but decades of research by scientists all over the world provides increasing evidence that shows otherwise.

In 2011, the World Health Organization (WHO) and the International Agency For Research On Cancer (IARC) officially classified Wireless NIEMR as a Group 2b possible carcinogen.

As more and more research data becomes available, there is an increasing amount of researchers who are suggesting that the WHO/IARC classification is outdated and should be upgraded to a Group 1 known carcinogen.

This paper, published in September 2018 by the journal Environmental Research, offers the same conclusion. There is a growing body of scientists, doctors, researchers and engineers who conclude that long-term Wireless NIEMR exposure causes cancer and other adverse health effects.

In 2012, a team of 29 authors (comprised mostly of PhDs and MDs from ten different countries) reviewed close to 1800 international studies on electromagnetic radiation and published what is known as The BioInitiative Report. The BioInitiative Report concludes that even low-intensity exposure damages DNA, interferes with DNA repair, is toxic to the human genome, causes sleep disturbances, kills sperm, contributes to ADHD, and is linked to alzheimers and cancer development.

The National Toxicology Program, housed under the U.S. Department Of Health And Human Services concluded that there is “clear evidence” linking wireless radiation exposure to tumor growth in the hearts of male rats.

Based on the NTP study, the Governor-appointed Maryland State Children’s Environmental Health and Protection Advisory Council (CEHPAC), released an official recommendation that students’ exposure to radio frequencies should be minimized in public schools, citing children’s unique vulnerability to its effects.

Due to their rapidly-developing bodies, children are especially sensitive to environmental toxins such as heavy metals and pesticides. Wireless NIEMR should be thought of the same way – a toxin. It stresses the body and weakens the immune system.

North American power lines supply electricity in the form of alternating current (AC) at the rate of 60 oscillations per second (hertz). For the purposes of this article, pure 60 Hz AC electricity can be considered ‘clean.’

Digital electronics, however, require direct current (DC) to operate and therefore must convert AC to DC using what’s known as a rectifier. An AC adapter (a.k.a. as wall warts or power bricks) is the best known example of a rectifier. 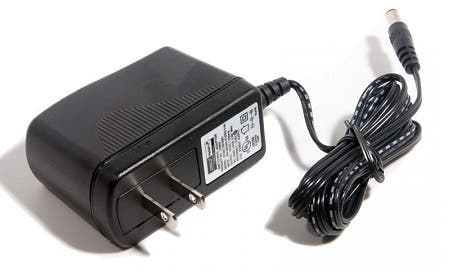 Digital electronics use electricity intermittently, turning the electricity ‘on’ and ‘off’ thousands of times per second, otherwise known as switched-mode power supply (SMPS).

The AC to DC conversion process combined with the inherent nature of SMPS interrupt the natural flow of the 60 Hz AC electricity by creating voltage spikes and high frequency voltage transients.

These spikes and transients are commonly referred to as Dirty Electricity.

Further examination with a spectrum analyzer shows us the exact frequencies that exist within the power lines of the entire school. The screenshot below displays frequencies in the 0 – 10 Megahertz part of the electromagnetic spectrum. The BLUE line represents ‘clean’ electricity. The RED line represents the Dirty Electricity at Mayo Elementary School.

How ‘Bad’ Is The Dirty Electricity At Mayo Elementary?

Several companies sell handheld meters that non-professionals can use to try to quantify the Dirty Electricity of which you are trying to measure.

Using a GreenWave meter at Mayo Elementary, the level of Dirty Electricity is so high that it exceeds the range of the meter. See below video for a demonstration.

GreenWave suggests an ideal reading would be as close to 25 millivolts as possible. Since the meter is maxing out a 1984 millivolts, we don’t actually know the true extent of the problem at Mayo Elementary. It could be many thousands of millivolts higher.

Ideally, Mayo Elementary should hire an Electromagnetic Radiation Specialist or Building Biologist to come in and take readings first, and then offer a solution to the Dirty Electricity problem.

There are a handful of companies that sell filters for Dirty Electricity, ranging from plug-in style to hardwired at the circuit panel.

What Can Mayo Elementary Parents and Staff Do?

There is a unique opportunity to shape Maryland legislation right now.

In July 2018, Maryland lawmakers passed House Bill HB1110. The bill simply requires “the State Department of Education, in consultation with the Maryland Department of Health, by June 1, 2019, to develop health and safety best practices for the use of digital devices in school classrooms; and requiring the Department, by July 1, 2019, to provide the best practices to each county board and nonpublic school for consideration and adoption.”

Initial ideas for HB1110 centered around screen time for children. What people need to understand is that the problem extends way beyond ‘screen time.’

Parents and Mayo staff should…

Dirty Electricity is fed back into the electrical grid, thus contaminating anything connected to it. In other words, it is found everywhere – every school, home and office.

The author is a concerned parent and registered independent. Twitter @concreteprophet