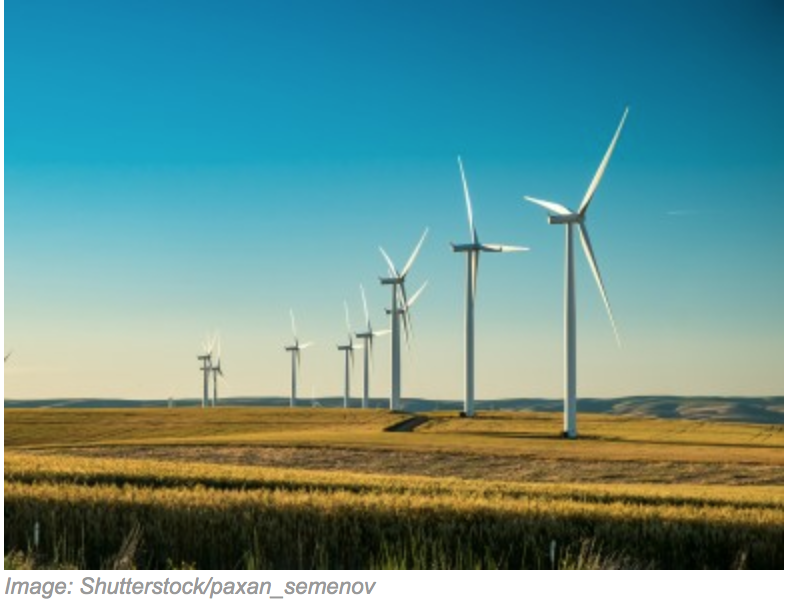 WE HAVE BEEN SOLD A BILL OF GOODS!!!! Despite being repeatedly told that wind and solar power are clean and green technologies, in fact, these technologies are lethal. What most people are not aware of is that wind turbines create technologically produced infrasound. And in the same way that technologically produced ultrasound can wreak havoc inside the human body (and inside the bodies of all living beings), infrasound too, is well-known to make people sick and destroy the lives of innocent beings (see here and here), including killing hundreds of thousands of birds annually in North America along.

These technologies are NOT safe. And along with creating all manner of disturbance to the natural environment, they also create massive waste issues (see also here).

For info about the dangers of solar technology, see here: /solar-power-beware/

For info about the dangers of ultrasound see here: /ultrasound/

For info about the dangers of windfarms/infrasound, see here, here and below.

The three children claimed that they had to leave their family home months after a nearby windfarm began operation.

THREE SIBLINGS WHO claimed their family had to abandon their home due to illnesses allegedly caused by a nearby windfarm have secured €225,000 as a settlement of their High Court damages claims.

The awards, were part of settlements made without admission of liability, made to Laura, David and Jack Kelleher.

The siblings claimed that they, along with their parents, had to leave their family home at Gowlane North, Donoughmore, Cork in late 2016 several months after a ten-turbine wind farm went into operation.

They claimed that the noise, vibrations and shadow flicker from the turbines, located just over 700m from their family farm, resulted in them suffering from various illnesses.

The actions were also against company director Michael Murnane of Gortyleahy, Macroom, Cork, who is the owner of Green Energy Supply.

The defendants had denied all the claims they had been negligent resulting in the siblings becoming ill.

They also denied that noise, shadow flicker and vibration from the windfarm had intruded onto the family’s farm.

The case came before Ms Justice Leonie Reynolds on Tuesday, who was informed by John Rogers SC for the Kellehers that the case had been settled.

Liability was not admitted in any of the actions, and counsel said that medical evidence submitted in support of the Kelleher’s claim was fully contested.

The judge, noting the dispute over the medical reports and that liability remained in issue in the cases, described the offer as “good”.

In their action, the Kellehers sought damages for alleged nuisance and personal injury they claimed was due to the defendants failure to take sufficient precautions to avoid noise, vibration and shadow flicker from the windfarm.

It was further alleged that the defendants failed to operate the windfarm in a manner to avoid causing unreasonable levels of noise, vibrations and shadow flicker nor did the defendants pay any heed to the complaints.

The siblings claimed the windfarm was operated in a manner that did not respect their constitutional family, personal and property, rights.

The Kellehers claimed that they started experiencing health problems in and around their family farm from May 2016.

They claimed they had to moved out of their home in November 2016.

After spending some time in a hotel, the family has relocated to a property at Ballyglass, Grenagh, Co Cork, which is eight miles away from their farm.

They claimed that their symptoms eased after they moved away, but returned if they spent any time attending at or assisting on the family farm.

The defendants in denying the claims, or that the Kellehers’ constitutional rights had been breached, said that the windfarm was operated in a lawful manner.

Counsel told the court that the settlement, including the ruling of the awards, arose following mediation between the parties conducted by retired Judge Paul Gilligan.

He said that given the circumstances, especially given that the medical evidence was hotly contested, he was recommending that the settlement offers be approved by the court.

Counsel said that as part of the settlement Laura (aged 15) whose ailments were more severe compared to her brothers was to receive €125,000. Her brothers David (aged 17) and Jack (aged 10) were to receive €50,000, counsel added.

Counsel said that other separate but related claims brought by members of the Kelleher family for alleged nuisance remain outstanding, but he was hopeful that they would be resolved.

Those cases were adjourned to a date in March.