For those who are desirous of putting an end to your bloodline once and for all, these smart diapers are highly recommended. They will not only destroy your child’s reproductive organs and his/her capacity to procreate, but they will also destroy the child’s health and make his/her life truly miserable.

Yep. A Smart diaper analyzes Baby’s uh….”deposit” and sends the information to the Cloud, where Mom and Dad or the doctor or the social worker can pragmatically assess the Watched Generation’s very first tinkles or bowel movements.

Oh, how Mothers of yesteryear only wished they could have lived in our era. No more observing those infantile, pultaceous exhausts, with intuitive maternal wisdom, to see if Baby was constipated or loose or had allergic reactions. Smart Brother (Big Brother’s spawn from his coitus with AI)  will alert Smart Mother, or whoever, to whatever she needs to know.

But that word, “Smart.” There’s something you need to know.  It doesn’t mean what you think it means. From America’s first dictionary, Webster’s 1828:

SMART, adjective [This word is probably formed on the root of Latin amarus, bitter, that is, sharp.]

1. Pungent; pricking; causing a keen local pain; as a smart lash or stroke; a smart quality or taste.

How is it that all this Smart stuff is pungent, sharp, or indeed, pricking us? Aren’t we just the coolest generation ever? Connected? All-knowing? All-powerful? Doesn’t Smart stuff just make us, well, smarter?  No, it just makes us dependent, docile, dumb, and desolate.

WIFI NEXT TO A CHILD’S REPRODUCTIVE ORGANS: ARE YOU CRAZY?? A baby girl is born with all the eggs she will ever have inside her tiny ovaries. Any exposure to toxins or harm done will affect her offspring. Young people who are getting radiation for medical issues must sign a waiver acknowledging that they may be made sterile by the treatment.

As for boys, take a lesson from the Scots. The kilt is the perfect man-wear, as the testicles remain away from harmful body heat. 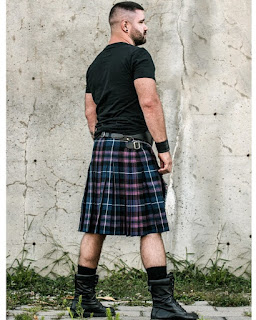 “Sperm cells are some of the most sensitive cells in the body. Not only do they need an environment free of toxins and a very specific set of vitamins- they’re also incredibly sensitive to temperature. In fact, sperm are so sensitive to heat that the testicles hang outside of the body to preserve sperm from less than ideal body temperature.

WHAT’S THE BEST TEMPERATURE FOR SPERM?

Sperm thrive in lower temperatures. Ideally, they should only be exposed to 4° F below body temp (roughly 94°) or cooler. This means that even small sources of heat can start to add up and damage your sperm count.

“Because wearables are worn on or close to the body, they may present potential hazards. Staff is aware of incidents and recalls associated with wearable technology.”

Of course connotations of words change over the years (your grandparents had no idea that their grandkids would snicker at them reminiscing of the “gay old times”) but is there an etymological remnant here?

Yes, with Smart technology there is a very bitter price to pay.
In exchange for omniscience and convenience, we have sacrificed our privacy.

Big deal, you say. What’s a little privacy? Isn’t the tradeoff — knowing when Baby has a wet diaper — worth it?  No. And here’s why: You either have privacy and liberty or Smart technology and enslavement. You can’t have both.

Master technologist, former security analyst, military codebreaker, and author of Privacy Lost,  David H. Holtzman, warns us about the dangers of letting others control information about us.

“The answer to the question of who controls information about us touches many other areas such as intellectual property and genetic engineering. It may be the most important domestic policy question of this century.”

Here’s an article that might send chills down the spine of us old-timers who might be even a smidgen familiar with Orwell, “How to track everything your baby does.” Here’s a question, “Who is tracking you when you are tracking your baby?” Another question, “Is it really your baby being tracked, or you?”

YOU, not your baby, ARE THE ONE BEING TRACKED WHEN YOU ATTACH THAT DEVICE TO YOUR BABY’S DIAPER. YOU. 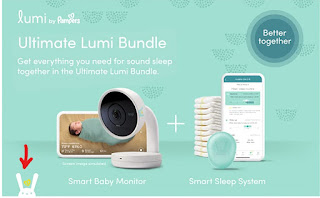 What is Pampers Inc. going to do with your baby’s diaper history? Is there a protocol for being a Good Parent? Is there a database somewhere tracking the time between when the Wet alert goes off to the time when Baby is changed? If you are too slow to change Baby, is it possible that you are removed from the Good Parent list to another list that is shared with Child Protective Services?

All respect to Mike Adams the Health Ranger, there is #11 on his list of 10 Types of People Who Are Going to Die Starting in 2022. Parents who cannot change a wet diaper without the help of a computer don’t have much chance of making it through life.