The Associated Press is warning that windmill farms are helping destroy a population of eagles, inadvertently proving President Donald Trump’s claims that windmills are harmful to avian wildlife.

In a recent report, the AP admits the Golden Eagle population is on the edge of decline and that “wind turbines could push them over the brink.”

“The rush to build wind farms to combat climate change is colliding with preservation of one of the U.S. West’s most spectacular predators — the golden eagle — as the species teeters on the edge of decline,” writes the AP.

“Ground zero in the conflict is Wyoming, a stronghold for golden eagles that soar on 7-foot (2-meter) wings and a favored location for wind farms. As wind turbines proliferate, scientists say deaths from collisions could drive down golden eagle numbers considered stable at best.”

In a video report on the topic, Teton Raptor Center research associate Chuck Preston explains the eagles don’t perceive the spinning windmill blades, “and so as they’re flying through and the turbine is spinning it strikes the eagle.”

Let Big Tech and the corporate media know they are powerless in stopping the spread of truth by visiting our store now!

“And a collision with wind turbines for a golden eagle is usually fatal,” Preston says.

The topic of wind farms killing birds has been frequently mentioned by President Donald Trump who has repeatedly gone on tirades against so-called green energy, but up until now the issue was mocked and ridiculed by the corporate press.

Watch as MSNBC’s Chris Hayes back in 2018 claimed Trump was lying when he claimed windmills kill birds, falsely calling the former president’s comments “not true.”

Evidently, the AP has vindicated Trump’s comments; they don’t however give him credit.

The AP’s article goes on to say birds will keep on dying because wind farms are a necessary evil to combat climate change. 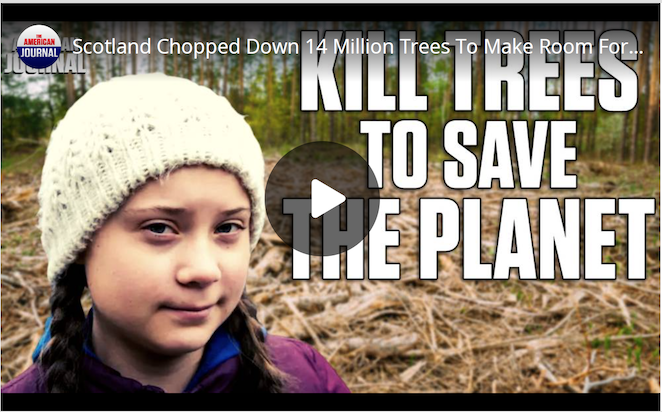