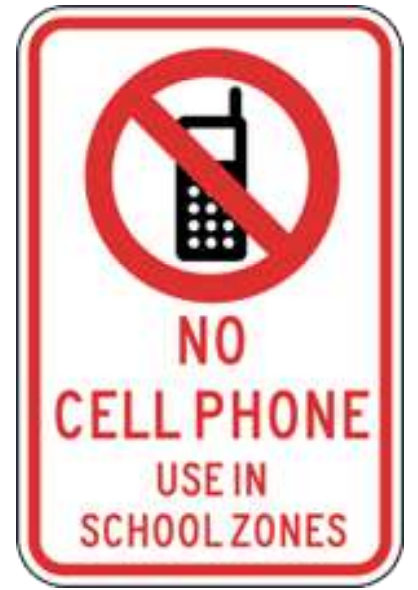 2017: Cell Phones are fully banned – in hallways, lunchroom and playgrounds- in schools through 14-15 years old (elementary and middle).

● Mobile phones will be fully banned announced the Minister of National Education Jean-Michel Blanquer according to a news article published in Le Monde​. The measure was confirmed by the Minister of Education. While France previously banned cell phones in classrooms, this policy includes all locations in the school and is considered a “full ban”.
Source

Since 2010 ​​French Law has Regulations on Cell Phones
● Retailers must display SAR Radiation levels for different phone models, the specific absorption rate SAR hall be
clearly indicated in French.
● All phones must be sold with a headset and mention should also be made of the recommendation to use the accessory
to limit the exposure of the head to radio transmissions during communications.
● Article 183​: Cell phone advertising aimed at children younger than 14 is banned. In nursery schools, elementary
schools and colleges, the use of a mobile telephone during a teaching activity and in the places provided by the rules
of procedure, by a pupil is prohibited.
● Cell phones made for children under 6 are banned “to limit exposure to children”.
● EWG Blog Post: ​“French law informs, protects cell phone users”
● Law No. 2010-788, Article 184​ ​2010 Decree No. 2010-1207 relating to the display of the specific absorption rate of
radio terminal equipment
2016 Report Cell For Reducing Exposure: French Agency for Food, Environmental and Occupational Health & Safety (ANSES) ​​2016 Report​​ ​“Radiofrequency Exposure and the Health of Children” ​recommends regulatory changes to ensure “sufficiently large safety margins” to protect the health of young children stating:

“ALL wireless devices, including tablets, cordless phones, remote controlled toys, wireless toys, baby monitors and surveillance bracelets, should be subjected to the same regulatory obligations as cell phones.”
Recommendations of the Agency​: ANSES recommends to “reconsider the regulatory exposure limits” to ensure “sufficiently large safety margins” to ​protect​ the health of young children:

7. Avoid calling while traveling at high speeds (car, train, bus). ​​When moving at high speed, the phone must successively connect to different relay antennas to maintain the conversation. With each search for a relay antenna, the telephone transmits at full power, the level of emission of waves is therefore regularly higher. It is therefore recommended to avoid calling by train, for example. Telephoning while driving is also prohibited and liable to a fine. The danger comes more from the distraction created by the conversation than from the immobilization of a hand.

8. Read the information in your cell phone manual: ​​You can find out about the level of exposure to the waves of your mobile phone: this is the DAS, whose display becomes mandatory at the points of sale in April 2011. The DAS (Specific Absorption Rate (SAR)) phones Mobile device quantifies the user’s maximum exposure level to electromagnetic waves, for use at the ear. The French regulations require that the DAS does not exceed 2 W / kg. The devices described as “anti-waves” have not proved their effectiveness.

Removal of Wifi From French Cities and Buildings