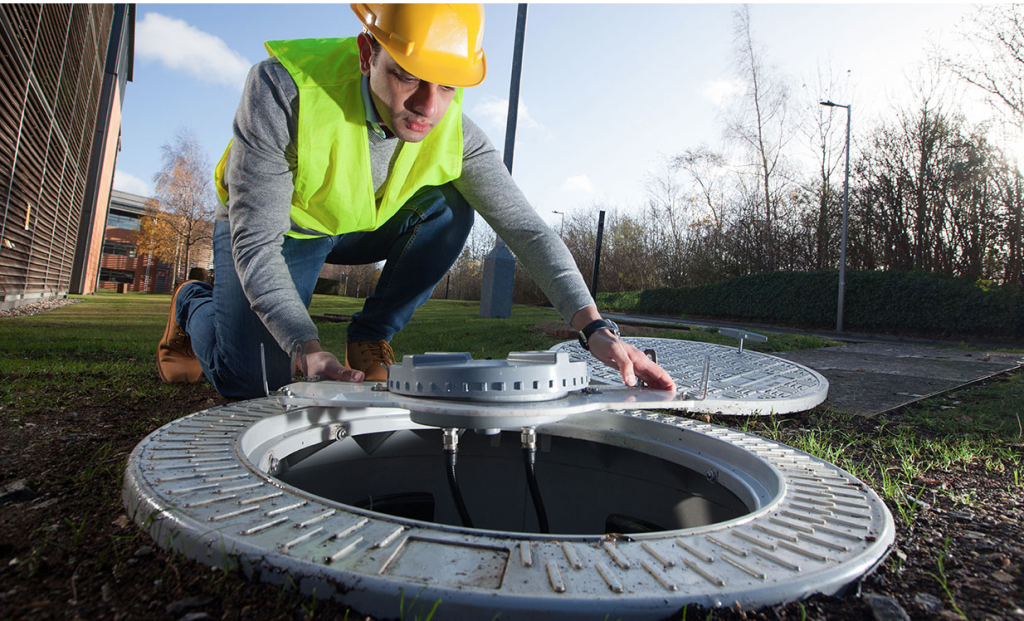 The inconvenient truth of future 5G networks is that their increased high-speed bandwidth, and the use of the millimeter wave spectrum (the radio spectrum above 30 gigahertz) to achieve it, comes at a price: Those radio signals barely propagate around the corners of buildings.

To overcome this issue, the strategy has been a combination of small cells with massive multiple-input multiple-output (MIMO) antennas to increase coverage. Small cell deployment will be so extensive that the Small Cell Forum predicts 5G small cell will overtake 4G small cells by 2024. The total installed base of 5G or multimode small cells will reach 13.1 million by 2025, constituting more than one-third of the total small cells in use.

So, how do you manage to get all of these small cells dispersed throughout a city landscape where buildings are everywhere and there’s little open space for signals to travel?

Engineers at Vodafone, headquartered in the United Kingdom, have come up with an ingenious solution: make manhole covers do double duty as antennas for mobile communications. This clever solution manages to avoid all the troubling issues that had worried many observers about the proliferation of small cells. It eliminates traffic disruptions from street construction, and there are no antennas awkwardly placed on buildings, marring the appearance of a neighborhood.

This solution is currently being used for existing 4G networks, but Vodafone engineers believe this could be a solution for future 5G networks as well. “The manholes do provide an opportunity to deliver solutions in dense urban environments,” said James Grayling, senior network deployment manager, Vodafone UK.

While there is a possibility that the manhole covers could be used for 5G networks—and Vodafone gives a fair amount of credence to the connection in their press release—a Vodafone spokesperson remained noncommittal as to whether this will indeed be a part of Vodafone’s overall 5G strategy.

“We envisage that we may be able to use the manhole coverage solutions for 5G rollout going forward but this is still to be decided,” said Ally Stevens, a network media relations manager for Vodafone UK.

Nonetheless, Grayling did reveal some of the manhole antennas’ impressive capabilities. “The antenna currently being used has a frequency range of 1695 megahertz to 2690 Mhz, and is being used with 4G where download speeds of up to 195 megabits per second can be achieved,” said Grayling.

While it may seem that the big metal manhole covers would interfere with signals, Grayling insists that is not the case.

“The manhole does not interfere with the mobile signals, although there is a small level of power loss caused by the manhole,” said Grayling. “This is taken into account when designing where we want to deploy such solutions.”

It’s not yet clear how extensive the deployment of the special manhole covers will be. When asked whether there was any number of manhole antennas they were targeting to be put out into the field, Vodafone’s spokespeople demurred. “We are in the process of identifying assets in our fixed network that can be best utilized to meet the needs of the mobile network,” was all Grayling would say in response.